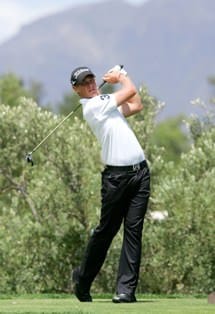 “We will have to win all eight matches tomorrow if we are to win this year,” is how South African team manager and South African Golf Association president, Enver Hassen, summed up his team’s uncustomary position and what is required of his players in tomorrow’s (Thursday) final round.

Although the pre tournament favourites, South Africa, won six matches, halved one and only lost one in today’s second and third round, of the Zone VI Team competition taking place at Gaborone Golf Club in Botswana, they could not make any impression on the log leaders, Kenya.

South Africa have won this competition comfortably in preceding years. In 2008, when the event was played at Ndola in Zambia, the South Africans went into the final round in the knowledge that they only had to win four singles matches to be assured of victory. In 2009 it was something similar. 2010 is very different. Africa’s powerhouse in amateur golf finds themselves in the uncustomary position of knowing they cannot afford to lose one game if they are to stand a chance of retaining the trophy.

Kenya, leading after the first round, are still perched at the top of the log, now with 13 points from sixteen matches, only half a point ahead of both South Africa and Zimbabwe. It is between these three countries – the country that wins all their matches tomorrow is assured victory.

With eight players in each team, each player will play against one player from eight other countries participating in match play. A match won is one point for that team.

“We have two really tough matches tomorrow. Team captain Jared Harvey we hope will play a captain’s role and win his match against Kenya for us. Then the match between our Tyrone Ryan and Namibian Schalk van der Merwe, a former professional who played regularly on the Sunshine Tour in the 1990s and in early 2000,” pointed out Hassen.

Other South African matches are against Zambia, Swaziland, Uganda, Botswana, Mocambique and Tanzania.

“Our players gave a good account of themselves today,” said Hassen after this afternoon’s Better Ball matches. “A bit of the same and in some cases more is required tomorrow,” quipped Hassen.

The final round, made up of singles match play, will be played on Thursday.

Second round Foursomes results of the South African Team:

Third round Betterball results of the South African Team:

Thabo Maseko and Tyrone Ryan lost to Zimbabwe 4 and 2

After all teams have played sixteen matches