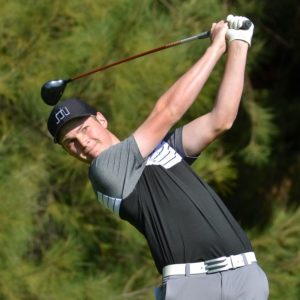 Come the semi-finals, neither South African gave an inch.

“John made birdie at 13 and birdied 14, and we halved 15 in pars,” said Woollam. “I overshot the green with my approach at 16 and my flop-shot didn’t release, but I holed a birdie putt from the fringe and went 2-up when he bogeyed. We halved 17 in pars and I won 2&1.” 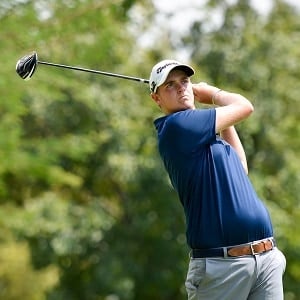 Meanwhile Germishuys was put through the wringer.

The Western Province golfer needed 20 holes to dispatch Byron Coetzee from Cotswold Downs in the quarter-finals and had to go the same distance in an incredible contest against Walker.

The Scotsman birdied the second hole to go 1-up, but lanky Germishuys made successive birdies to take the lead. Then he bogeyed the fifth and they pair was back to all-square. Germishuys edged ahead with a birdie at seven, but Walker responded with a gain at eight to level the score.

Matching each other shot for shot, it was always going to come down to who made the first mistake on the back nine and it came from Walker, who missed a three-footer for par at 11. The pair halved the next five holes and just when it seemed the match would finish at the final hole, the Strand golfer three-putted from nowhere.

Walker hit his tee-shot short of the green at 18, but lagged a massive putt to an inch to put his playing partner under pressure to extend the match. The putter came through for Germishuys and the pair set off for the first.

“We halved the first hole, but I hit my tee shot to three feet at the second,” said Germishuys. ”I knew I had a chance when Euan hit his about 15 foot right. He just missed and all I had to do for the win was tidy up the birdie putt.

“We both had our game-plans and we stuck to it. But Euan played unbelievable golf. He made so many putts we were just going at it shot for shot all the way until the 20th.”

It will be a first appearance in the final for both South Africans.

“This is unbelievably important to me,” said Woollam, who won the Proudfoot Trophy as the leading player of the 36-hole stroke play qualifier at Humewood last year.

“I was brought down to earth last year when I was knocked out in the first round of the match play at Humewood. But I learned a lot from that and I’ve gained a lot of experience this past year. I was much better prepared mentally for this year’s championship.

“Unlike last year, I came into this week with low expectations. I never put myself under pressure. I just played round for round, but I have to admit, I never thought I would get this far.”

Germishuys broke into a huge smile when the final putt dropped.

“When you start playing golf competitively, winning the SA Amateur is one of those things you dream of. I’m really excited about the chance I’ve been given,”