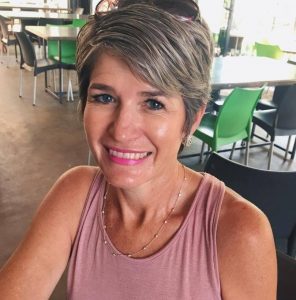 10 August 2020 – Di Dyason wrote her name in the South African golfing history annals when she became the first elected female Club Captain in the 109 year history of Irene Country Club in August.

The Pretoria-based club has been leading the way in transformation, by actively promoting and embracing necessary change in the golf industry.

Dyason has been an active member of Irene Country Club – her first and only club – for the past 15 years.

Dyason also served as League Captain for various ladies league teams between 2006 and 2020.

In January 2019, she was appointed ICC Ladies’ Captain for a second term. “I am committed to bringing in new members and taking Irene Country Club to new heights,” said the new Club Captain. “Looking at the success of the Ladies Golf section at Irene Country Club, I believe this can be transferred to see our whole combined golf section uplifted to one of the very best within the golfing community.”

Dyason plans to focus on remodelling the traditional structures by adopting a more sustainable out-of-the-box approach to rejuvenate and energise the club during these trying social and economic times.

“One of our aims will be to encourage maximum support for tournaments and events and to make our members feel part of the Irene Family,” she said.

With her experience, willingness to adapt to inevitable change and valuable support from all its members, the Golf Committee is positive this can be accomplished.