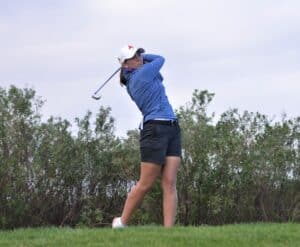 5 October 2021 – Western Province made a strong case for a home victory with a dominant start in Tuesday’s seeding round at the 60th SA Women’s Inter-Provincial Championship in Cape Town.

The 2017 champions carded level-par 144 in the morning foursomes to open up a slender two-shot lead over Gauteng, but really showed off their skills in the stiff northerly wind that tested the field in the afternoon singles at Rondebosch Golf Club.

Western Province finished a confident nine shots clear of Gauteng to secure the top spot in the A-Division top draw.

The two 2021 Nomads SA Girls champions Isabella van Rooyen and Bobbi Brown led the way with rounds of 68 and 72. Reigning Women’s Mid-Amateur champion Vicki Traut signed for 73 and sisters Anita and Erica Chen returned a pair of 77s to back up the GolfRSA National Squad pair.

The Jean Tindall Memorial Trophy champions will go up against fourth placed Gauteng North in the first round of match play, while third-placed Ekurhuleni – chasing a hat-trick of titles – will face the Lions in the top draw.

Mpumalanga A – the 2019 B-Division champions – KwaZulu-Natal, Boland and Southern Cape will contest the bottom draw. 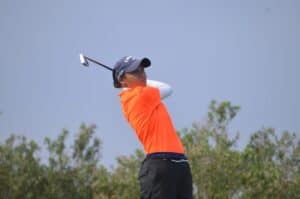 Having already marched to victory in the WGSA 72-Hole Teams Championship at Kingswood in May, the four-strong Border team threw down the gauntlet for double team success in 2021.

The quartet posted 169 in the morning session to lead by two shots from Free State.

Eastern Province, who finished fourth overall, will face the Nolan Karp Trophy winners in the first round, while runners-up Free State will face North West in the other top draw match.

In the bottom order, Western Province B play Limpopo and Mpumalanga B face Northern Cape.