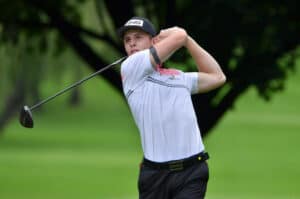 Based on his position within the top 50 of the World Amateur Golf Ranking, Vorster received an automatic exemption into the stroke play rounds of the US Amateur. This means that South Africa’s No 1-ranked amateur bypassed the difficult regional qualifiers and made his way directly into the US Amateur field.

The GolfRSA National Squad member will join a large field of 312 players looking to finish inside the top 64 of the 36-hole qualifier and reach the match play stage of the championship.

The 19-year-old Southern Cape golfer jetted off to the USA earlier this week, making an 18-hour flight to Atlanta, where he met up with compatriot Norrie Steyn, who will be caddying for him in.

First however, he had to obtain his visa to the US, which proved a challenge in itself.

“Casey Jarvis and I were both exempt for last year’s event based on our world rankings, but then the pandemic hit and due to all the travel restrictions, we missed out,” he said. “When we got the chance again this year, I didn’t want to miss out again.

“It’s been an interesting process regarding the Visa and the travel waiver and I’m really grateful to GolfRSA and the USGA for helping me get it right. Unfortunately, Casey couldn’t get his visa sorted out in time, but I just made it with just a few weeks to spare. 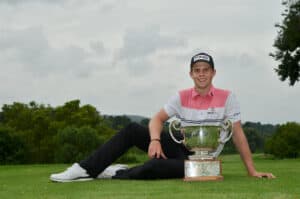 “I’m really excited to play overseas again. The last time I played abroad was the Junior Presidents Cup in 2019.

“It’s always been a dream of mine to play in the US Amateur and I’m so grateful to have the opportunity. I always play to win, but just to be there and compete in the stroke play stage is going to be an amazing experience.”

The US Amateur returns to Oakmont for the first time since 2003.

Players will play 36 holes of stroke play qualifying at Longue Vue club, with the match play portion of the tournament being played at Oakmont Country Club, the venue where Dustin Johnson won the US Open in 2016

“I’ve done a bit of research on Oakmont and it’s one of the toughest courses in America,’ says Vorster. “It’s arguably the most difficult US Open venue, so I think it will be a great test for the best amateurs in the world. It really is a dream come true.”

Africa will be further represented by Zimbabwean Kieran Vincent, one of 7811 entrants for this year’s tournament. The Zimbabwean and came through a gruelling qualifier in Virginia, where he shot 65 and 66 to tie for first and become one of three qualifiers from a field of 81.