24 December 2020 – With his injury trouble practically squared away, Martin Vorster is working harder than ever to kick the 2021 season off on a high note.

Still South Africa’s highest ranked amateur in the World Amateur Golf Rankings (WAGR), the World No 30 made his first competitive appearance after a lengthy seven-month layoff this December.

Rounds of 72 and 74 in the Knysna Open were a far cry from the 67s he produced to win the 2017 Reply Italian U-16 International, 2018 Junior Open, 2019 East of Ireland Open or the 2020 African Amateur Stroke Play Championship, but a fifth place finish at Knysna Golf Club did his confidence a world of good.

“I didn’t swing a club for five and a half months and I only started hitting full shots at the end of November. I wasn’t even taking divots yet, so I had no expectations,” said the 18-year-old GolfRSA National Squad member.

“To be honest, just to be out there again competing was reward enough. I missed quite a few fairways and it felt great to hack it out of the rough with no pain and no fear. The wrist felt really strong throughout and it was fantastic to get a little rust off again.” 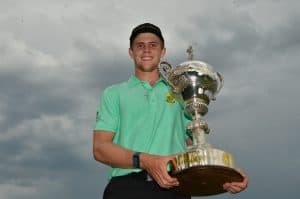 Vorster backed up the victory at Leopard Creek in February with solid performances in the SA Stroke Play and SA Amateur Championships. A runner-up finish in the Cape Province Open saw him soar to a career-high 28th in the WAGR just before the pandemic-induced nationwide lockdown shut golf down in late March.

“I injured my wrist in April and when competitive golf resumed, I missed out on five events and the SA Open at Sun City, but I didn’t lose too much ground in the world amateur golf rankings. That is a small consolation, but we were really gutted to lose out on some great opportunities.

“Our GolfRSA National Squad Tour to the United Kingdom, where we compete in top ranked events, had to be cancelled, we couldn’t defend our Junior Golf World Cup title in Japan and the World Amateur Golf Championships also got pushed out.

“It was tough on everyone hoping for a strong run this year. We are just hopeful that things improve so the GolfRSA squad tour to the UK will happen this year and that they are able to re-schedule the Eisenhower Trophy, as well.” 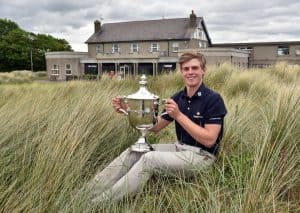 Vorster injured his right wrist during a gym session. It took nearly 3 weeks before he was given a diagnosis and the long road back began.

“I was doing burpees, where you squat with your hands of the ground and then you kick your legs back. Then you come back into the squat and you jump up. The exercise is not very strenuous on the hands and wrists, so I was surprised when my right wrist was hurting after the session.

“It took about three weeks before a hand specialist pin-pointed the cause. They first thought it was just a regular TFCC injury, but scans showed that I had torn cartilage behind the TFCC deep in the wrist.”

Unfortunately this type of tear never heals, but Vorster was told that with rest and rehabilitation he would have no problem resuming his golf career.

“It was frustrating news, but if I wanted to play next year, I had to do things by the book,” the Mossel Bay teen said. “I had to wait for the inflammation to clear, because that is what causes the wrist to snag and sends a shooting pain up the arm.

“It was a major milestone when I could start putting, then chipping and then hit some shots. It was another couple of weeks before I was allowed to hit full shots, but it was worth it. I had lost a lot of strength in my shoulders and arms, so right now we are concentrating on strength training to get me back to where I was before the New Year.”

During the lockdown, the Louis Oosthuizen Junior Golf Academy member also made up his mind about the future.

“It took me about six months, but I decided against the college route. I talked it over with a lot of people, including pros like Erik van Rooyen who went to college, Garrick Higgo, who tried it for a year, Jovan Rebula, who is at Auburn University and I consulted with Louis. 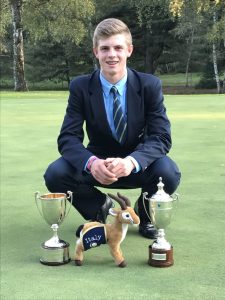 “Having played abroad in the United Kingdom, America, Japan and the Junior Presidents Cup in Australia, I feel that the standard of amateur golf in South Africa is really high and thanks to GolfRSA, we get to compete against strong international amateurs in our premier events.

“GolfRSA also gives us a lot of opportunities to level up our games by entering us in top international amateur events and giving spots on the Big Easy Tour. And I hope to get a few invites on the Sunshine Tour next year to test myself.

“I felt that I could benefit more from another year in the amateur ranks than taking up a golf scholarship in the States. I will see how I go and how my game measures up against the pros next year. I would like to go to the European Tour Qualifying School for experience and then maybe do the Sunshine Tour Qualifying School in 2022. But it all depends on where my game is at, so I am not casting any plans in stone just yet.”

One thing is for certain. Vorster won’t take his foot off the pedal during the festive season. 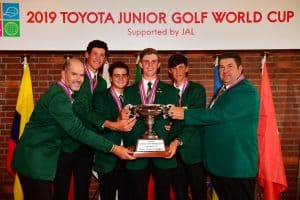 “I am working hard to get ready for 2021. During December I have scheduled some sessions with my coach Cliff Barnard to make sure the swing gets back to where it needs to be. Then in January, I’ll be playing the Club Championships at Pinnacle Point and the Free State and Gauteng North Opens to get back into competitive mode for our big international events in February.

“It’s kind of starting from scratch but I am excited. I’m feeling a lot stronger already and competing in the Knysna Open just really fired me up for the future.”