Versfeld leads the morning field of the first qualifying round 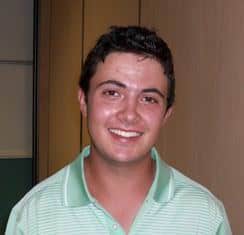 EAST LONDON, 28 February 2010 – Teenager Allan Versfeld made a strong run for the Glacier SA Amateur Championship title with a flawless 67 to set the early target in the first round of the 36-hole Stroke Play qualifier at East London Golf Club today.

On a day when gentle weather conditions in Buffalo City should suggest otherwise, the Country Club Johannesburg standout was one of only 18 players in the morning field to complete the first round under par.

At six-under-par Versfeld is one stroke ahead of Donavan Pearce and three ahead of Jaco Greyling, CJ de Plessis, Danie van Tonder, Laurie Canter and Thabo Maseko.

Tyrone Ryan – joint runner up at the South African Stroke Play in early February – carded an opening 70 while defending champion Ryan Dreyer finished a further two strokes back, at one-under-par 72.

“He said that you need to achieve sustained consistency in scoring under par rounds before you turn pro, so that’s what I’m working for the next year of two,” explained Versfeld. The dedication is certainly paying off. Versfeld made an early impression this season with victories in the Mpumalanga U-23 Stroke Play, the Central Gauteng Closed and the Central Gauteng U-23 Stroke Play and finished seventh in the SA Stroke Play at Pearl Valley Golf Estates.

“When I saw the leader board, I thought ‘no way’,” said the 19-year-old, more than a little shell-shocked at leading the first round;

“There was very little wind out there and I would have thought at least half the morning field should be under par. I had no expectations when I teed off because this is tough course. The plan was just to keep the ball in play and try to keep the scorecard clean.”

Tee to green, Versfeld buckled down to work early and his game plan proved deadly accurate. He blitzed the first nine holes in four under with birdies at the 11th, 15th, 16th and 18th and converted twice on the way home to secure the clubhouse lead.

“I was never really in trouble today, which was quite nice around here,” said Versfeld, who set up his third, fourth and fifth birdies with accurate irons off the tee. “I hit the driver maybe four or five times out there today; the rest of the time I relied on my irons.”

Like Pearce of Germiston Golf Club and Heidelberg’s Greyling, Versfeld credited the greens for his flawless fortune. “The greens here run so true; they must be some of the best greens I’ve ever played on.”

The morning field may have enjoyed sunny conditions, but winds are forecast for the afternoon.

“Well, we had the sun this morning but we will have to play around the wind on Monday afternoon,” shrugged Versfeld, clearly not too concerned about twin sibling Matthew, who is among the 72 remaining players who will have to negotiate a strong wind of around 26km per hour this afternoon