21 August 2018 – GolfRSA has announced the host courses for its three biggest events of the year, with the Sanlam SA Amateur returning to Cape Town for the first time since 2012. Also revealed are the venues for the South African Stroke Play Championship and the African Amateur Championship.

The three events run consecutively and make up the South African Swing, which attracts numerous top international teams and players.

Following a year’s break to apply a facelift to one of South Africa’s finest golf courses, the 4th African Amateur Championship returns to Leopard Creek.

Individual champion James du Preez, who won by three shots at Glendower in 2018, will not be there to defend his title, having turned professional, but an army of talented young South African golfers will be eager to step up to the plate. To do that, they will need to fend off the challenge of some strong international competition. The Scots, in particular, have an impressive record at Leopard Creek, having won the team event in 2016 and 2017 and claiming a 1-2-3 finish in the 2017 event, won by Liam Johnston. 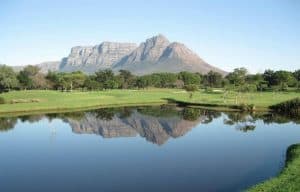 The prestigious Sanlam South African Amateur Championship will be contested at King David Mowbray Golf Club for the first time since 2012 from 17-22 February 2019.

The Sanlam SA Amateur Championship returns to Cape Town and to King David Mowbray Golf Club for the first time since 2012, when Scotland’s Brian Soutar broke many South African hearts by beating Brandon Stone 2&1 to claim the title.

Last year Deon Germishuys edged home favourite Chris Woollam in extra holes to bring the trophy back to Western Province and the Strand golfer should again be a force on home turf. 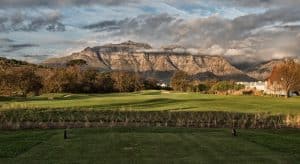 De Zalze Golf Club in Stellenbosch will host the cream of amateur golf in the South African Stroke Play Championship from 25 February – 1 March 2019.

The cream of amateur golf will remain in the Cape for the SA Stroke Play Championship at the charming De Zalze Golf Club. Surrounded by vineyards and with the Blauuwklippen River winding through the golf course, De Zalze offers a fine test for the world’s top amateur golfers, as it did in 2006 when it hosted the World Amateur Team Championships.

Oliver Gillberg edged Matt Saulez for the 2018 title in a low-scoring event at Pecanwood Golf Estate. The Swede shot remarkable rounds of 67, 62, 64 and 68 to finish on 27 under par and win by a stroke over the South African. The country’s top ranked Wilco Nienaber was a further stroke back on 25-under.

Written and released by Brendan Barratt on behalf of GolfRSA.