van Wyk two off the pace going into Final Round 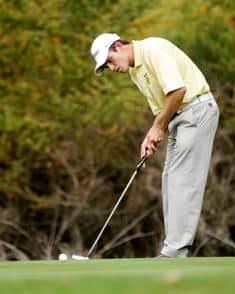 Nicol van Wyk, playing in strong blustery weather conditions, recorded a level par 70, giving him a 54 hole total of 206, four under par, two shots off the lead going into tomorrow’s fourth and final round of the New Zealand Stroke Play Championship.

The 72 hole championship is being played at the Titirangi Golf Club in Auckland.

Leading the field is Australian Bryden Macpherson. He recorded the best round of the day, 65, five under par, for a 54 hole total of 204, six under par. After the first seven holes the Australian had recorded five birdies and was two shots clear of the field, a position he held to the end of his round.

With only four players, in the field of 73, breaking par clearly illustrates the difficult playing conditions the players experienced today, which also highlights what an excellent round of golf the championship leader produced.

Van Wyk carded two bogeys and two birdies for his third round.

With the world’s No 1 ranked amateur, according to the latest World Amateur Golf Rankings produced by the R&A, Scott Arnold (69), of Australia, finished two behind van Wyk. The 24 year old South African will have his work cut out for him tomorrow if he is to overcome the current leader, keep Arnold at bay and win the championship, thereby emulating the 1996 performance of South African Andrew McClardy. 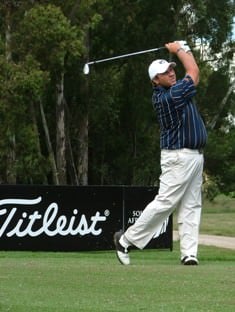 Adrian Ford played better today. He and van Wyk are from Durbanville Golf Club in the Western Province. “The conditions experienced today were typical coastal conditions which is perhaps why these two players held their own today,” said Enver Hassen, South African Golf Association President and Team Manager after the round.

Dean O’Riley and Steve Ferreira, from Ekurhuleni and Central Gauteng respectively, both struggled under conditions unfamiliar to that they experience in their home provinces. They both finished with 78s, O Riley finishing tied in 42nd place and Ferreira tied in 50th place.