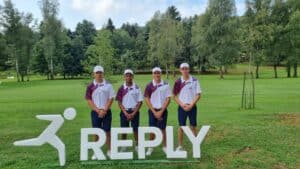 In the previous 14 editions of the event, South Africa had claimed the ‘Teodoro Soldati Trophy’ on three occasions, through Haydn Porteous in 2008, Martin Vorster in 2017 and Amilkar Bhana in 2019.

It was the first time GolfRSA fielded a team in the popular event since Bhana’s triumph, and the South African team of Van der Merwe, Fabrizio de Abreu, Marno Lange and Johndre Ludick were desperate to add another title to that list.

The team was greeted by damp conditions at the Italian layout, following plenty of rain in the days leading up to the event. 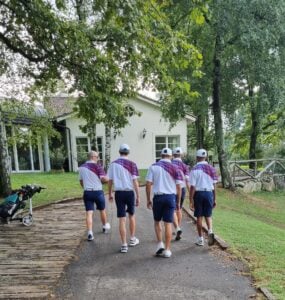 They equipped themselves well, with GolfRSA National Squad trio Van der Merwe, De Abreu and Lange combining to place fifth in the 36-hole team event that is played concurrent with the stroke play tournament over the first two days.

De Abreu, with rounds of 71 and 75, and Van der Merwe, who shot 75 and 73, both progressed to the final 36 holes of individual stroke play very much in the hunt for the title.

While Woodhill Country Club junior De Abreu slipped out of contention with successive rounds of 77 and ultimately settled for a share of 20th on a score of eight-over, Van der Merwe had the measure of the par-73 championship layout on the final day.

The Magaliespark golfer fired rounds of 73 and 74 to finish at three-over in his international debut.

The Italians also claimed a one-two finish in the team competition with their two teams finishing on 288 and 290 respectively. The Czech Republic was third on 292, and the Swiss took fourth on 294. 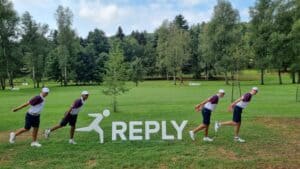 Lange and South African Golf Development Board National Squad player Ludick were asked to play as markers over the last 36 holes.

“We were thrilled when the organisers approached us and offered us a marker spot for the final two rounds, which meant that Marno and Johndre could both play an extra round,” said GolfRSA’s David Younge, who accompanied the team alongside the national squad’s sport psychologist Theo Bezuidenhout.

“It gave both players the chance to gain further insight in terms of course management. The experience will stand them in good stead in their careers, because the Golf Club Biella Le Betulle is a very challenging layout that puts a premium on accuracy and positioning.

“Taking the juniors to this event is a wonderful experience for them. Not only does the tournament attract top U-16 players from all over the world, but the course is a fantastic learning curve with its undulating greens and doglegs left and right. 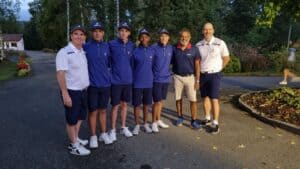 “Thanks to the collaboration between ourselves and the SAGDB, it was great to take Johndre with our elite squad players and see him absolutely make the most of the opportunity. It was also great for him to see the dynamic of the squad and the culture we are trying to create with our juniors.

“We hope that this will continue, because Johndre, for instance, is young enough to qualify again to compete next year. We have found, though our experience, that the players who get a second bite at this event, always fair a lot better the second time around.

“I would also like to praise the staff and green staff of Golf Club Biella Le Betulle and the Italian Golf Federation for another memorable and successful event. The hospitality during the week is world-class and the venue and course is top notch. We look forward to the return trip in 2023.”