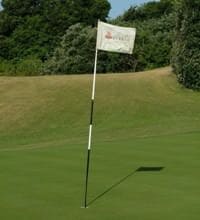 Some golfers were surprised recently to find that their handicaps had been dramatically cut, without their having been given prior notification. The affected golfers are members of golf clubs contracted to National Golf Network (Pty) Ltd (NGN).

“Regrettably, these changes were implemented by NGN without following fully the process the SAGA had advised them of by letter,” said Enver Hassen, President of the South African Golf Association (SAGA). He said that SAGA has requested NGN to reverse the changes until further notice.

“On 24 March 2009, SAGA wrote to all companies that provide handicap calculation services to golf clubs in South Africa,” explained Hassen. “In this letter we recorded four handicap calculation changes. These companies were expressly requested, in this letter, to advise SAGA of a date by which they could amend their software to effect the agreed changes. The purpose of this request was to enable SAGA to establish a date by which the changes could be introduced by these companies, simultaneously, and with an appropriate communiqué to golf clubs, preceding the implementation date.”

When the changes to the SAGA Handicap System are introduced, it will affect only a small number of regular golfers, according to Hassen. “At present a player’s handicap is calculated as the mean of the ten best scores of the last twenty rounds played. If a player does not play twenty rounds a year, we have introduced amendments which will ensure that his or her outdated scores are less of a determinant in the player’s current handicap.”

Another change applies to golfers with a plus handicap: “We have decided that these players’ allowance will be the same as their full handicap,” explained Hassen.

“The third change introduced is based on the USGA’s Exceptional Tournament Performance Calculation,” said Hassen. According to Hassen, this is a test in which, if it is established that a player’s second best differential is three shots or more below his or her current handicap, the computer will recalculate his or her handicap using only five of the best differentials from the last twenty scores submitted. “This will be done during any handicap recalculation,” said Hassen. He also pointed out that this change was aimed at players whose handicaps are kept artificially high by a small number of high differentials.

The final change to be introduced is the carrying forward, to the next month, of all rounds played during the final 72 hours of a month leading up to the monthly handicap calculation and review. “This should ensure country-wide consistency as to which scores are used during the standard monthly run, with omitted scores, prior to the commencement of the 72 hour period, being replaced by penalty scores,” explained Hassen.

“All these changes are evidence of SAGA’s ongoing attempts to ensure that the handicap system remains an asset to the sport and continues to create fair competition amongst golfers of all levels,” said Enver Hassen.