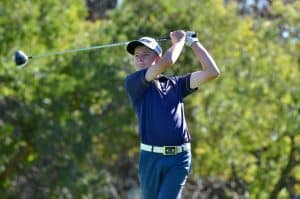 5 July 2018 – Martin Vorster from Southern Cape and Ekurhuleni’s Ryan van Velzen will go into the final round of the 2018 Nomads SA Boys Under-17 Championship neck and neck on seven under par after a roller-coaster second round on Thursday.

The duo had fluctuating fortunes as the wind got up in at Middelburg Country Club.

Bridge Fund Manager Junior Series winner Van Velzen made the biggest move with the low round of the day, a five-under 67 that netted him a share of pole position with Vorster, who returned a two-under 70. 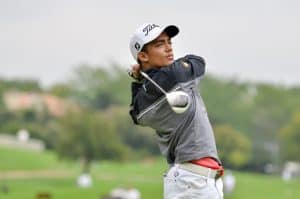 The 16-year-olds find themselves one shot clear of Cole Stevens from Gauteng.

The South African Golf Development Board member signed for a 69 that featured an eagle, three birdies and a pair of bogeys.

Western Province’s Ayden Senger fired a four-under 68 to finish in the bus at four-under alongside Christiaan Maas and Alessio Graziani from Gauteng North and Gauteng pair Kieron van Wyk and Marcus Taylor.

First round pacesetter Sam Simpson slipped from contention after a run of four bogeys on the trot from the eighth hole. The Western Province golfer signed for a 77 to tie for 10th with reigning Nomads SA Boys Under-15 champion Casey Jarvis from Ekurhuleni, who posted 71. 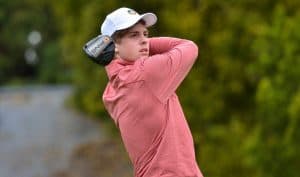 Vorster started the day two strokes off the lead, but moved to the front of the field with birdies at two and five. The Pinnacle Point golfer overturned a bogey at six with a birdie at nine and cancelled another drop at 14 with his final gain at 16.

Van Velzen also reeled in birdies at one and five, and eradicated his lone drop at 12 with a birdie at 14 before he raced home with a trio of birdies over the closing holes.

“I hit 2-iron down the middle at the 12th and sand-wedge in but I flew the green,” said the Benoni Country Club champion. “My chip shot looked good, but the ball hit a sprinkler head and I needed two putts to finish the hole.

“I made a good birdie at 14 to get back to four under. At 16, I caught the fairway bunker on the left, but I hit my second to four foot and boxed the putt. I leaked my tee shot right at 17, laid up with a 9-iron and hit wedge to four foot.

“I blocked my tee shot right at 18, and I had to hit a high lob-wedge to clear the trees. The ball landed six feet behind the flag and I rolled that one in, too. I made a lot of putts, especially good par saves to keep the round going and I scrambled really well.

“I’m looking forward to playing with Martin and Cole. They are both very experienced and they will push me to raise my game. It should be an exciting final round.”