Tiffany and Bertine head off to Mexico on 1 January

WGSA celebrates the start of 2011 by sending two top players to compete in the Mexican Women’s Amateur Championship and the International Pairs tournament to be played at the Club de Golf Vallescondido in Mexico City.

Tiffany Avern-Taplin and Bertine Strauss leave on New Year’s day to compete in the championship which will be played from 5 to 8 January. Tne International Pairs Tournament is a 54 hole stroke play event played in an aggregate score format during the amateur championship. 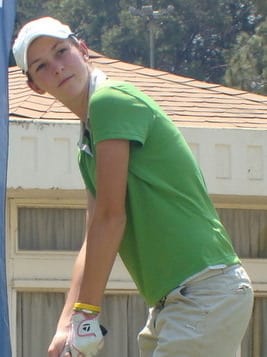 The players will be staying privately with a family on the golf estate all expenses will be covered by Mexican Women’s Golf Association while the players are at the event.

We wish them a successful tournament.