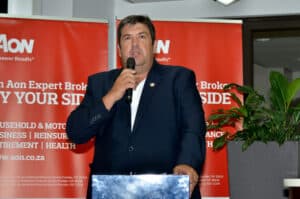 GolfRSA’s Eden Thompson will be taking a up a new role with the R&A, looking to further develop golf in Africa.

After 18 years of loyal service to amateur golf administration in South Africa, GolfRSA’s Manager of Golf Operations, Eden Thompson, begins a new venture in October, taking up an exciting new position with the R&A. Although Thompson’s resignation will be a major blow to GolfRSA, it is a wonderful acquisition for the Royal and Ancient as they look to expand their footprint in the African continent.

GolfRSA managed to chat with the big guy and find out a little more about his new role, along with some of the great memories he has made over the years.

GRSA: Eden, congratulations on the new position. I’m guess there are some mixed feelings about leaving GolfRSA and joining the R&A?

Eden Thompson: I’m very flattered by both the opportunity given by R&A and the sentiment expressed by so many of my colleagues. My time at SAGA and GolfRSA has been an amazing journey, with many friendships having been formed, but I’m also very excited about the new position.

GRSA: Tell us more details about your new role – what will you be doing, where are you based and what are the goals?

ET: It is a new position that the R&A has established in order to grow its involvement and support in Africa. The official title is is R&A Golf Development Manager: Africa, and the goal will be to assist nations in Africa with the development and transformation of the game. We want to increase participation at every level of the game through provision of advice, expertise, resources and guidance across development activity, governance and planning.

GRSA: With South Africa a golfing powerhouse on the continent, I am sure there will still be quite a bit of engagement with GolfRSA?

ET: Undoubtedly part of the role will be engaging and working with GolfRSA across many of the development and transformation initiatives that are either already in place or are being developed by GolfRSA. South Africa will always be a very important country with respect to golf in Africa in part as an indicator of what opportunities and talent lies in Africa to be developed. 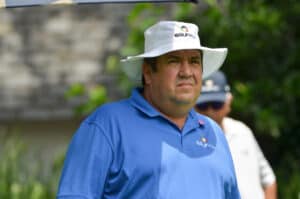 GRSA: Your role in golf administration goes a long way back, how did it all start?

ET: I actually played competitive golf as an amateur in Swaziland from around 1988. When my family moved to Zimbabwe in 1991, I started playing in Zimbabwe (Midlands Golf Union) and continued to play competitively in South Africa while I studied.

As a player I represented three different Unions in South Africa and one Union in Zimbabwe. I also played in the Premier IPT (or its Zimbabwean equivalent) 11 times.

My original plan was to study Sport Psychology but I decided early in my degree to move towards the sport and recreation management as a career option.

Once I graduated from University of Pretoria, I looked to get into Golf Administration (realising that I did not have what it took to play for a living).

I first started with the SAGA in January 2004 and I was the Assistant Executive Director. At the time there was really only Bruce Younge and his PA, Jeannine. The rest, as they say, is history.

GRSA: What are you most looking forward to in your new position?

ET: The opportunity to be of assistance to developing golfing nations as part of a legacy that the R&A is looking to establish in Africa. There is no doubt that within Africa there is huge potential for growth and I intend to be a part of that.

GRSA: And what are you going to miss the most about your GolfRSA role?

Wow – how do I actually reduce it to one or even a few things? I sincerely believe that GolfRSA is doing amazing work in the space that they currently operate and they already deliver world class tournaments. There are so many different aspects to what is delivered that people do not give them credit for, especially given its size compared to other National Federations.

I have had an amazing time with SAGA/GolfRSA and although this may come across as very cliched, it is the people that will be missed the most. Colleagues and the players, for whom I really gave as much as I could. 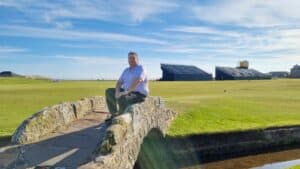 Thompson’s time with GolfRSA has taken him to many interesting destinations.

GRSA: We know that once you’re in the golf industry you tend to play less rather than more golf. Do you think you might get to play a little more often now?

ET: I sincerely hope so although I am probably better nowadays as an Administrator than a golfer. Maybe now I can accept that I am just a social golfer and enjoy the game as that, including the social and health benefits that it provides?

GRSA: As a team manager for SAGA and GolfRSA, you’ve done quite a few overseas trips with our top junior golfers. Looking back, what are some of the highlights for you?

ET: They are extremely precious memories that I will always cherish and they include numerous trips into Africa to the All Africa Junior Golf Teams Championship as well as three opportunities to be the National Captain for the Eisenhower team (WATC).

I have to single out managing the 2019 Junior team that won the TOYOTA World Junior Golf Teams Championship in Japan. It was an unbelievable tournament and although it is always special to represent South Africa, the tournament hosts and the Japanese people make it just that little more special.

GRSA: You’ve seen a lot of youngsters coming through the amateur ranks – what do you think is the key ingredient for success – winning amateur events, climbing the amateur rankings and, ultimately, making a success of the pro game?

ET: It’s a difficult question because if we had the answer we would all be champions. Something team managers have tried to instill in the players is the fact that talent alone will not keep you competitive forever. There are thousands of really talented golfers out there – it is always what you do with talent and how you treat it that will make the difference. Learn to be a competitor and out work everyone else. There is never a replacement for hard work – not only hard, but smart work too. 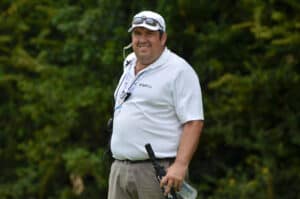 GRSA: The conveyor belt of South Africa golfing talent seems to be running at full speed. What is the secret to the country’s relative success?

ET: Players in South Africa have an unbelievable structure from which to launch their competitive careers. We are blessed to have a climate which allows for the playing of golf 12 months of the year and with the structures provided by clubs, unions, coaches, academies and GolfRSA, players can play tournament golf throughout the year. Amateur golfers have all the opportunities.

Having said this, I firmly believe that golfers should establish themselves at the relevant levels before they advance. By this I mean that junior golfers should first prove themselves by competing at junior tournaments within their relevant age brackets. They must first learn to compete against their direct peers and then learn to win and, if possible, dominate before progressing to the next level. Winning can be a habit.

GRSA: What’s the most remarkable achievement (or shot) that you’ve witnessed in all your years with amateur golf?

ET: For those who really know me – they may expect I would cast my mind back to when I last got a chip shot off the ground! But seriously, there are numerous and it almost feels unfair to single any out.

Jayden Schaper’s composure to close out and win the Junior Players Championship in 2019 was fantastic to witness, but I think the collective achievement of the SA Junior National team at the 2019 TOYOTA World Junior Championship has to be it. The team set tournament scoring records in winning by 11 shots (on a record total of 41 under par), spearheaded by Sam Simpson who dominated the individual component and won by four shots from teammate Martin Vorster. To be a part of and share that with the team and good friend Theo Bezuidenhout (BVP Sport Psychology) will always stay with me.

GRSA: Eden, on behalf of GolfRSA – and the thousands of amateur golfers out there – we’d like to thank you for the tireless hard work and dedication that you have put into the sport throughout your years at SAGA and GolfRSA. We may be sad to see you go, but we look forward to watching you make a real difference in golf across the continent.