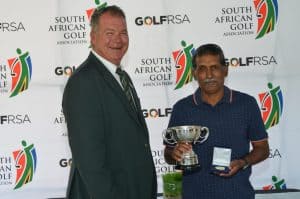 The South African Golf Association (SAGA) and GolfRSA are pleased to confirm the eight amateurs that will represent the nation in the third Fellowship Cup in India from 26 to 30 November.

The four-man Senior and Mid-Amateur Teams will contest the three-day test against the India Golf Union at the Jaypee Greens Golf Club in Noida.

“Morgan shot to third in the Senior Rankings with seven-stroke victory at Heron Banks Golf and River Estate, and Craig vaulted to fourth, courtesy of his runner-up finish. Reigning number one Steve Williams and number two ranked Francois le Roux return for duty, while Andre van Dyk, ranked fifth, is the non-travelling reserve.

“Gerlou Roux, Ruan Botha, Derek Scullard and Ernest Botha were named to the Mid-Amateur team. They are respectively ranked second, third, fourth and fifth in the current Mid-Amateur Rankings. Unfortunately our reigning number one Louis Moolman was unavailable to depart for India with the team on 24 November. He has been named the non-travelling reserve.

“I believe we have selected the strongest teams possible to continue South Africa’s unbeaten record in the Fellowship Cup. All eight players have enjoyed outstanding seasons and have proven themselves worthy of representing South Africa.”

Williams from Central Gauteng and Western Province’s Le Roux return for a third successive year, while Phillips from KwaZulu-Natal makes his second appearance, having competed in the inaugural Test in Kolkata in 2016.

“I’m extremely pleased to have played my way on to the team again,” said the 57-year-old Maritzburg golfer. “It was the pinnacle of my golfing career to represent South Africa in India in 2016 and I feel incredibly blessed to have another opportunity to wear the green and gold.”

“I don’t think there can be a greater honour for any athlete than to represent their country,” said the 53-year-old Bryanston Country Club golfer. “To get the opportunity at this stage of my life to earn national colours and represent South Africa abroad is truly a privilege.” 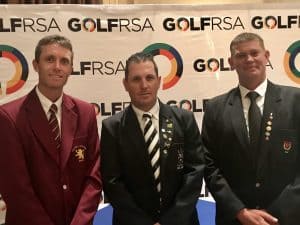 Roux from Western Province makes his third appearance for South Africa in the Fellowship Cup, but this marks the first time Scullard and the Botha pair earn national colours.

Scullard from KwaZulu-Natal had a slow start to his second season, but hit top gear in April. He not only won the flagship event, but claimed the Sterling Access Limpopo Mid-Amateur Open and finished second three times in his last seven starts.

Ruan Botha from Central Gauteng shot to third in the rankings in a watershed season, scoring two victories and seven top five finishes in nine starts.

Ernest Botha from Ekurhuleni had two wins and three runner-up finishes in his third season.

“I speak for all the players when I say that making the teams to India is a dream come true for all of us,” said the 37-year-old Kempton Park golfer.

“It is a massive honour for all of us to receive national colours and to have a chance to test ourselves outside South Africa’s border. It also comes with the responsibility of promoting South Africa and the amateur game abroad. We are incredibly excited at the prospect of doing South Africa proud in India.”

“The Fellowship Cup Test was born from a friendship between our Chairman Mr Rupert and Mr Dilip Thomas, a Council Member of the Indian Golf Union,” said Hepburn.

“Their mutual desire to strengthen the ties between the two countries has proven very successful and we look forward to more rousing shot-making and electrifying matches in November after the success of the first two editions.”

The format for this year’s Fellowship Cup will be three rounds of Foursomes and Singles.