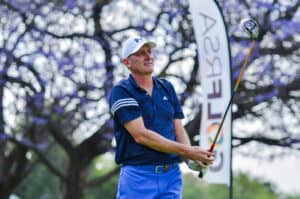 Newly-crowned SA Senior Amateur champion Lyall McNeill will be lining up for the Coastal Team in the inaugural GolfRSA Coastal vs Inland Challenge at St Francis Links from 2-5 December 2021; credit GolfRSA

2 November 2021 – Excitement is building for the inaugural GolfRSA Coastal vs Inland Challenge with the announcement of the two teams that will go head-to-head in the Eastern Cape next month.

Adopting a Ryder Cup-style format, the two teams – comprising the top four available Mid-Amateur and Senior golfers from each region – will contest the event at the magnificent St Francis Links from 2 – 5 December.

“This event represents a wonderful his opportunity to recognise the individual achievements of our top players over the last 12 months and we congratulate the 16 players who have qualified for the event,” said South African Golf Association Acting President Henk Smith.

“The Coastal Team will be managed by Western Province Golf President Mike de Swardt and Thinus Labuschagne, the President of Limpopo Golf Union, will be taking charge of the Inland Team.

“The GolfRSA Coastal vs Inland Challenge represents a unique platform to promote the traditions of the game, as well as encourage competition, great shot-making, camaraderie, fair play and friendship. We wish both teams and their managers a wonderful week at St Francis.”

De Swardt, who steered Western Province to a double victory in the Senior and Super Senior divisions at the SA Senior A-Division Inter-Provincial earlier this year, is looking forward to this new challenge.

“What a fantastic initiative,” he said. “I know that the players are really looking forward to the occasion and the contest. We will be the first teams participating in this tournament, which will hopefully become an annual fixture especially as it gives the top Senior and Mid-Amateur golfers the opportunity to vie for top honours. It is the pinnacle for any amateur golf.

“The venue too will be a true test. We know that Jeff Clause and his team always pull out all the stops and I would expect that we will again be treated with the true professionalism he always delivers. And being at the coast in early December normally welcomes the players with a little breeze, which should hopefully be an advantage to my team.

“To Thinus and his Inland Team, we look forward to the challenge. See you at St Francis Links in December.”

The Inland Team is equally stacked with top performing seniors and mid-amateurs from this season. 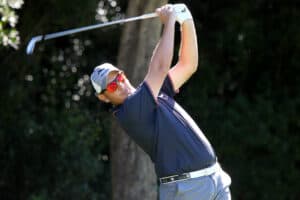 “It is such a big honour for me to be managing the Inland Team, and with the country’s top players in action, come Friday morning on the first tee at St Francis Links, we will have a game on our hands,” said Labuschagne.

“Each player representing his team deserves to be here and with this being the closest we will ever get to play in a Ryder Cup, all I can say is ‘give it your all’!

“I know St Francis Links will be in brilliant condition and it will be a great test of golf. While the course might suit the coastal team more, I have confidence in the amount of experience and the raw talent that the Inland Team will bring to the fight. When you consider the standings after the provisional events this season, the competition promises to be tough. When you throw in the talent of these players and an amazing golf course, this event will rate right up there as a highlight in their long list of golfing achievements.

“The pandemic has impacted in so many ways on so many lives, and we salute GolfRSA and the South African Golf Association for acknowledging these golfers’ achievements in this way. These guys travel the country to play competitive golf and at the most, you get an opportunity to represent your union, so being selected to represent this team is a magnificent achievement.

“Jack Nicklaus has said that St Francis Links is one of the best golf courses he ever designed, and the chance to play the first GolfRSA Coastal vs Inland event at such an epic course adds to the excitement. Talent wins games, but teamwork wins tournaments and that will be the mindset we will be taking into the week. By Sunday, we will shake hands with the coastal team as remember this challenge as the biggest rivalry, the most fun we’ve had and our greatest achievement.”

The initial announcement of the inaugural GolfRSA Coastal vs Inland Challenge in August stirred up great excitement among the senior and mid-amateurs.

“We created this event to reward our top players on their form and results in the absence of international competition and it was fantastic to see the players embracing the opportunity to vie for a spot on the teams,” said GolfRSA CEO Grant Hepburn.

“St Francis Links is always a hugely attractive proposition. The links layout lends itself perfectly to this Ryder Cup-style format and it will deservedly carry the banner of our first GolfRSA Coastal vs Inland Challenge. I have no doubt that the course will present a stern challenge, befitting the status and prestige of this event.”

The format of the GolfRSA Coastal vs Inland Challenge will be Foursomes and Betterball over the first two days of the competition and Singles on the final day.