The Border Matchplay was played in perfect conditions except on Tuesday when the girls had to deal with an easterly wind. Most of the games were very close with one ending on the 19th. Tanya Tibshraeny from Eastern Cape had a wonderful run in the match play ending under par in the semi-finals and finals to win the two games quite convincingly. She defeated Eugenie Clack 5/4 and the went on to win the Championship with a 6/5 victory over Gauteng’s Lauren Bekker. On her way to the final, Lauren had a 3/2 victory over Millie Zim and then won her semi-final encounter 2/1 over former Eastern Cape Champion, Tanica van As. 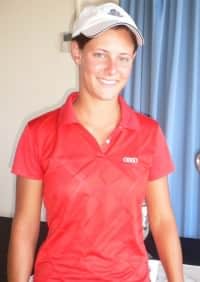 The B Section also had many close games. The eventually winner, Tara Griebenow also from Eastern Cape had two tight games in the middle, but won the finals against Zethu Mayeke 5/4. Zethu also had a very good run beating two provincial players on her way to the finals. She is one of our up and coming youngsters who will go far!