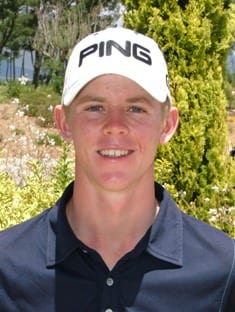 Sixteen year old Brandon Stone, the son of professional Kevin, caddied for his father in the South African Open Championship, played at the end of last year, also at Pearl Valley Golf Estates, near Paarl. Walking the course and observing his father’s progress paid off after he recorded the lowest morning round, a 68, four under par, of the second round of the South African Amateur Stroke Play Championship.

Stone, who plays out of Gardener Ross Golf Estate in Midrand, finished the day with a 36 hole total of 138, six under par, and leads the morning field by four shots.

“I learnt a lot caddying for my father, which helped me today,” said the clearly talented amateur who has already attained national colours for golf through the South African Junior Golf Foundation.

“Today I played some of the best golf of my life,” enthused Stone after his round. He had five birdies and one bogey in his round today. With his grandfather Sam, keeping a careful eye on his grandson’s progress down here at the championship venue, young Stone has every chance of making it through to the final three ball come the final round, on Friday. 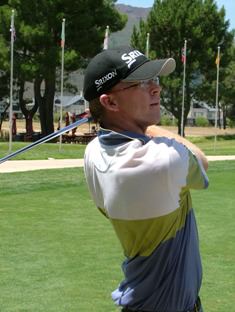 Bryn Flanagan, from Wanderers Golf Club in Johannesburg, went around in level par this morning for a 36 hole total of 142, two under par, enjoying the perfect conditions created by the cloudy and cool weather conditions. Six birdies and the same number of dropped shots explain the frustration that marked the 18 year old player’s round, especially considering, and in his words, “the conditions were about the best you are going to get here”.

Local favourite Aaron Russell, like yesterday, had it going. He started on the 10th hole and by the time he got to his 15th hole (hole 6) he was four under par. “It is the second day now that I have not been able to close off my round,” said a disappointed West Lake Golf Club member, from Cape Town. Russell dropped three shots on the last four holes, which included a double bogey on his 16th hole (hole 7). He finished with a one under 71 and a 36 hole score of 143, one under par, and still in contention in the 72 hole stroke play championship. 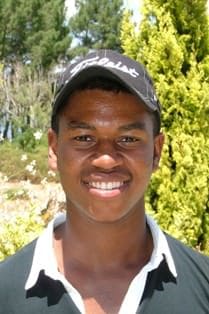 It was pleasing to see 17 year old Thabo Maseko record a 69, three under par, today. “I really putted well,” said the Country Club Johannesburg amateur who is playing his first national amateur championship.

Once all 72 players still to complete their afternoon rounds the 36 hole cut will be made to 65th place and ties. All players making the cut will contest the final two rounds which will be played on Thursday and Friday respectively.