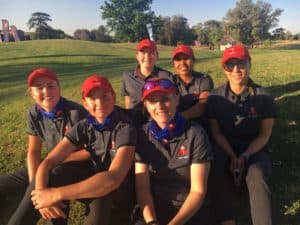 Western Province A will face Ekurhuleni in a replay of last year’s final when the teams take the course at Riviera on Vaal Golf & Country Club on the last day of the 59th SA Women’s Inter-Provincial; credit GolfRSA.

26 September 2019 – The final round of the 59th South African Women’s Inter-Provincial Championship is shaping up for a scintillating in both sections at Riviera on Vaal Golf and Country Club on Friday.

Ekurhuleni defeated defending champions Western Province in the final round at Devonvale Golf and Wine Estate last year to lift the premier title for the very first time and the 2018 champions will have it all to do again to guarantee back-to-back wins.

Ekurhuleni scored a convincing 6.5 – 2.5 win over Gauteng to protect their number one spot on the A-Section log, but Western Province flexed their muscles and mowed down Boland to set up a mouth-watering replay of last year’s final.

“We won one game in the foursomes and halved the others, and we knew we needed 3 points in the singles for the win,” said Kaylah Williams, who captained Western Province to victory at Mossel Bay Golf Club in 2017. “We needed 4 points in the singles to beat Gauteng in the first round and got it done, so we took the same strategy and went into the singles with a fighting attitude.”

“So on Friday history is repeating itself, but we are very confident,” Williams said. “We’re going to approach the day in two stages – first the foursomes, then the singles – and hopefully things will go our way this year.”

Meanwhile Mpumalanga is making the most of their debut in the bottom order of the A-Section.

Last year’s B-Section champions edged out Gauteng North 5 – 4 to take pole position in the standings. The side will be fired up for their final round clash with Southern Cape, who was beaten by KwaZulu-Natal 6 – 3.

In the top order, Gauteng and Boland will both be gunning for a first win to get off the bottom step of the standings, while Gauteng North will be chasing their first victory in their final match against KwaZulu-Natal. 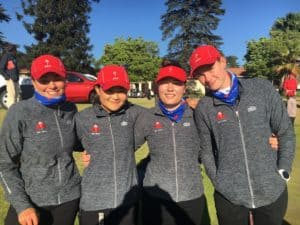 Western Province B will need to defeat the WGSA Invitational Team to win the promotion battle in the 59th SA Women’s Inter-Provincial at Riviera on Vaal Golf & Country Club; credit GolfRSA.

The battle for promotion is also shaping up for a ding-dong battle as Western Province B take on a feisty WGSA Invitational Team in what promises to be another glorious tussle.

“We are excited for the final, especially after today,” said Bal. “Our strategy for the final round will be to play shot for shot, to remain calm and to back each other up.”

The WGSA Invitational Team is proving a tough act to beat, though.

After routing Border 5 – 1 in the first round, Gauteng duo Kim Turgut and Tebogo Lefifi and Ekurhuleni pair Nicole Strydom and Kaylan Boshoff won both foursomes games and all four singles to score a clean sweep against North West.

North West and Border will go head-to-head in the other top order final.

Ekurhuleni defeated Gauteng 6.5 – 2.5 in Thursday’s second round at Riviera on Vaal Golf & Country Club to stay in the driver’s seat in the A-Section at the 59th SA Women’s Inter-Provincial; credit GolfRSA. 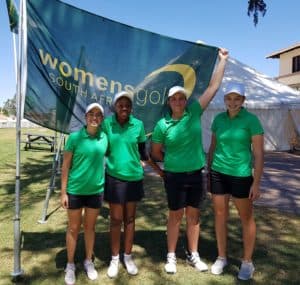 The WGSA Invitational Team remained in pole position on the B-Section log after scoring a clean sweep against Border in round two in the SA Women’s Inter-Provincial at Riviera on Vaal Golf & Country Club; credit GolfRSA.