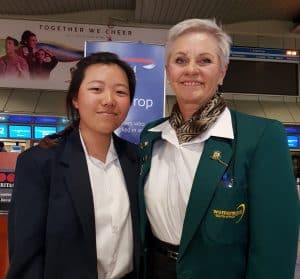 SCOTLAND, 17 September 2018 – Woo-Ju Son, one of South Africa’s brightest golf prospects, will fly the flag for South Africa in the prestigious Duke of York Young Champions at the Castle Stuart Golf Links from 18-20 September.

The highly-rated 54-hole international stroke play championship is hosted by His Royal Highness Prince Andrew and is sanctioned by the R&A.

“The Duke of York Young Champions Trophy is very exclusive and entry is by invitation only,” said Greasley. “The select field comprises under-18 national championships winners from around the world and players who won selected major golfing events the preceding year. Woo-Ju qualified for a second year running after defending her title in the Nomads SA Girls Championship.”

Son and Nomads SA Boys U-19 champion Jayden Schaper both finished in the top 15 at Royal Liverpool last year.

“Woo-Ju and Jayden had a proper real baptism of fire at Hoylake,” Greasley said. “They played in sweeping rain and winds blowing up to 75km made a challenging golf course even tougher to navigate. The conditions were brutal and both juniors did exceptionally well with top 15 finishes.”

Following her victory in the Nomads SA Girls Championship in June, Son spent some weeks on the bench to receive treatment for a back problem. 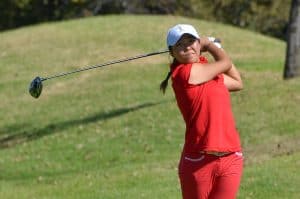 However, not even a few weeks away could lift her out of the top spot in the Open Amateur or Junior rankings. The 17-year-old Country Club Johannesburg returned to competitive play in July and showed glimpses of returning form with a tie for fourth in the Gauteng North Women’s Open and joint second in the Ekurhuleni Open at the start of September.

“Woo-Ju has gained quite a lot of experience abroad,” said Greasly. “She competed in the United States from a young age through SA Kids Golf. She played the IMG Academy Junior World Championships and, in addition to the 2016 Junior Open and last year’s Duke of York Young Champions, she competed in the Annika Invitational USA in January.

“She has excelled at home on the back of her international experiences and will take confidence into this year’s championship after a strong comeback from injury. She loved every moment last year and is very excited to test herself in a top class field at another incredibly good golf course.

“Castle Stuart should be another great test. The course only opened in 2009, but it hosted the European Tour’s Scottish Open for three years and reached number 87 in the Golf Digest Top Courses in 2014.

“We are incredibly grateful to the Duke of York Young Champions for the opportunity afforded GolfRSA to give Woo-Ju another shot at gaining experience in a high quality field and a world class international event. Our only hope is that this year the weather will be a bit kinder to the field.”