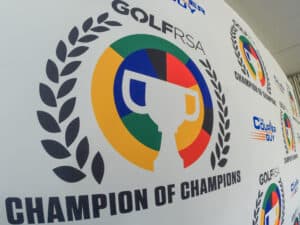 2022 Champion of Champions, delivered by Courier Guy at Kyalami Country Club from 17-18 October

16 October 2022 – A grand total of 84 players, featuring club champion men and women from A, B and C Divisions, as well as 12 caddie club champions, will start the quest to become the Ultimate Champions on Monday.

Having qualified through the Regional Finals to tee it up in the National Final of the GolfRSA Champion of Champions, delivered by The Courier Guy, these talented men and women will go head-to-head at Kyalami Country Club in the 36-hole event on 17 and 18 October. 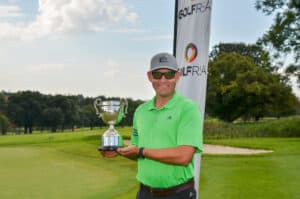 2022 SA Mid-Amateur Stroke Play champion Bertie Steenkamp will be chasing a hat-trick of A-Division titles in the 2022 Champion of Champions, delivered by Courier Guy at Kyalami Country Club

Defending champions Bertie Steenkamp, who won the A-Division in the inaugural event in 2017, will be chasing a hat-trick of titles, but the Northern Cape golfer faces some stiff competition in the Men’s A Division, with the likes of victorious Western Province Inter-Provincial player Matthew Cooper, rising Southern Cape star Blake Botes, and other Inter-Provincial standouts Gareth Matthysen (Ekurhuleni), JP van der Watt (Eastern Province), and Border stalwart Ben Jonas.

The A-Division features many new faces and promises to be fiercely contested. 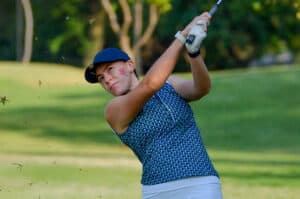 2018 B-Division winner Bronwyn Doeg will be looking to upgrade to an A-Division title in the 2022 Champion of Champions, delivered by the Courier Guy at Kyalami Country Club

Doeg, a member of the victorious team who won the Africa Regional Trophy in Tanzania last month, won the B-Division in 2018. She comes into the event having led Gauteng North to victory in the A-Division of the South African Women’s Inter-Provincial.

Flanagan captained Border to promotion in the same event, while last year’s B-Division winner Mandie Badenhorst – captain of North West who won the B-2 Division – also makes her A-Division debut.

In an exciting addition to this year’s tournament, GolfRSA has added a Caddie Division, and a total of 12 club caddies will battle it out over 36 holes of medal to determine the Caddie Club Champion of Champions for 2022.

The A, B and Caddie Divisions will play medal rounds, while the C Division golfers will play Individual Stableford.