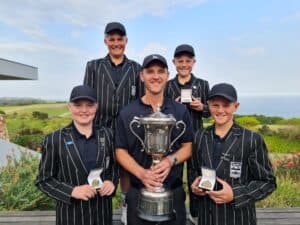 With three scores to count, the team of Benjamin Weber, Blake Horsely, Thomas Lyon and Jake Weber combined for a score of 22-over-par 454 over 36 holes to win by three shots.

Stirling Primary made it a double celebration for Border, finishing in second with rounds of 228 229.

And Laerskool George-Suid gave the locals something to cheer about when their first team edged into third place with rounds of 230 and 236.

Selborne led by two strokes over Stirling after the first round, thanks mainly to superb round of four-under-par 68 from Benjamin Weber. The youngster from East London Golf Club followed that up with a one-under 71 to finish third in the individual event.

Selborne kept the pressure on during the second-round battle of the East London schools, finishing on +12, and three strokes clear of their rivals. 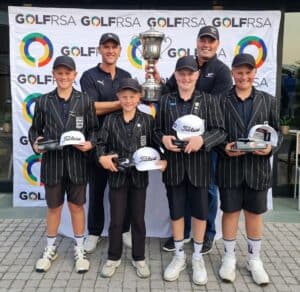 “I am really proud of all four lads for really putting their hands up this week,” said team manager Pierre Weber. “Having my two sons on the team really made this a special week, as well. It’s been a privilege to manage this team for a few years now, and watching these boys grow as golfers and young men. They played some exceptional golf and I’m very proud of them.”

Individual honours went to Laerskool Muldersdrif’s Schalk van Ettinger, who fired rounds of 68 and 69 to triumph on seven-under-par 137, one stroke clear of Minjun Heo from St Dunstans College.

This is the 11th year that golfing legend Els has sponsored the tournament, and Ernie Els Business Development Manager Nico van Rensburg said the four-time Major winner is proud to see how much the event has grown.

“Ernie has been doing this for a long time and it shows just how committed he is to grow the game in South Africa. These kinds of events are incredibly important in the development of our young talent, and it was fantastic to see so many good players and great swings here this week.

“On behalf of Ernie, I would like to wish our juniors well, especially those that will be moving to high schools next year and I would also like to thank the parents. Behind every successful golfer, there is as strong support team and it was wonderful to see so many of you make the trip to Oubaai in support of your children and their teams.” 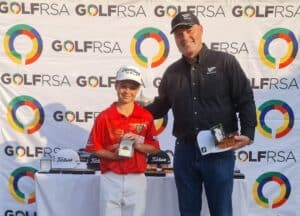