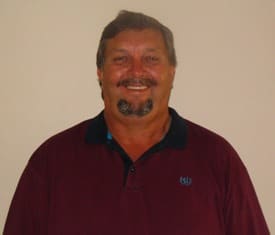 Johan Scholtz, fifty year old Boland Junior Golf President and Tournament Director, has been appointed to the new full time position as Co-Ordinator: Junior Golf for the South African Golf Association, it was announced today. He commences with his responsibilities at the beginning of 2011.

“Johan has great empathy for junior golf having worked in the sport at junior level for his province and having taken his son Armandt through the old South African Junior Golf Foundation structures,” said Colin Burger, president of the South African Golf Association. “We welcome him as a new member of our staff and look forward to seeing the benefits of his work.”

“It is a great honour for me to be appointed to this position. I have a good feel for what direction junior golf should move having witnessed how the sport has been managed at national level, while I was president of Boland Junior Golf, and working on provincial events. I look forward to building on the strong foundation that is the South African Junior Golf Foundation,” said Scholtz of his appointment.

Scholtz has spent a lot of his life down in the Cape. He went to school at Brackenfell High in Brackenfell, Cape Town. He started his working career in the furniture business working himself up to the position of general manager of Russells after having served the JD Group for fourteen years.

He then worked for various retail outlets in a management position.

“I spent three years in Mauritius where I set up three hardware stores,” said Scholtz. “While there my youngest son Armandt started playing a lot of golf and displayed an aptitude for the game. With no junior golf structures there we decided to come back to South Africa where he would be exposed to far greater opportunities in developing his game to his full potential. It was then that my interest in junior golf and its administration started taking root.”

Sport has always played a big role in Scholtz’s life. He played first league cricket and rugby. At the age of thirty two he swopped his cricket and rugby boots for golf shoes. “I joined Kuils River Golf Club and ended up playing league for the club, even got involved as committee member,” explained Scholtz. “I did get my handicap down to five,” he said with a smile.

“Unfortunately I don’t play so much anymore as I am working when others play,” he joked.

Scholtz has been married to Lorraine for thirty years. They have two sons, Reinhardt, who is general manager of a call centre in Cape Town, and Armandt, who is currently one of Boland Golf Union’s promising juniors.

The Scholtz family are to relocate to Johannesburg where Johann will work out of the South African Golf Association offices at Randpark Club in Randburg.