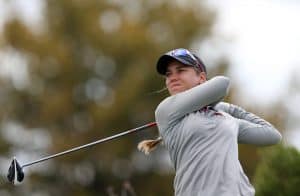 5 July 2018 – The country’s leading top amateurs will be heading for the KwaZulu-Natal North Coast to contest the Sanlam SA Women’s Amateur Championship at Umhlali Country Club from 8-11 July.

This year’s field feature all the amateurs dominating Womens Golf South Africa’s open and junior Rankings, but several former stars currently on college golf scholarships in America will also be gunning for one of the most prized trophies in South African women’s amateur golf.

Defending champion Cara Gorlei is coming off another great season for the Arkansas University.

The Western Province star, who won the title at Stellenbosch Golf Club has played in three NCAA Championships – twice with the team and once as an individual – and helped the Razorbacks to their first-ever SEC Championship in April. 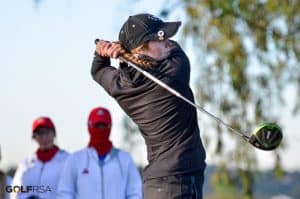 Michaela Fletcher from KwaZulu-Natal is recognised as one of the strongest match play contenders in the local women’s game and among the host of favourites to challenge for glory this year.

In her two and a half seasons at the University of Memphis, the Maritzburg golfer has posted 16 top 20 finishes and eight top fives and qualified for the NCAA Championship twice. She was the first player in the history of the university to qualify for multiple NCAA Regional events in 2015 and 2017 and the first player to advance to the NCAA Finals in 2015.

Fletcher missed most of the 2016 season due to injury, but as soon as she returned to active duty, she landed her first collegiate individual medallist honour at the 2017 Payne Stewart Memorial with a career-best four-under 212.

“I think the field is a reflection of the healthy state of the women’s amateur game in this country. It’s come on in leaps and bounds and it’s fantastic to see that South Africa’s top amateur event has once again drawn such a strong field.

“The real growth of the women’s game is most evident in the junior ranks. The depth of talent on the junior circuit has made South Africa a target for talent for American college scouts, but it seems that for every player we lose, two more are coming through the ranks.” 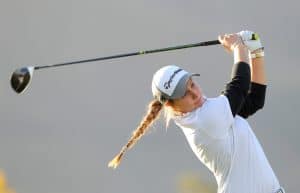 Former SA number one Kaleigh Telfer is a strong contender for the coveted double.

The Auburn University student, who won the Sanlam SA Women’s Stroke Play Championship at Westlake in 2016, was recently selected to represent South Africa in the Espirito Santo Trophy at the World Amateur Team Championship in Ireland at the end of August.

The Ernie Els and Fancourt Foundation member was the only the sixth first-year student at Arkansas to earn a top 10 finish in the SEC Championship in April. All her tournament rounds have counted towards the Auburn Tigers’ team score and, in May, she was named in the Freshman Team in the Southeastern Conference (SEC), which honours the top performers of the season from the 14 institutions that form the conference.

“All of us at college are really grateful to Womens Golf South Africa for staging our biggest amateur championship during our summer break,” said Telfer. “The Sanlam SA Women’s Amateur title is the crown jewel and it’s awesome to have the chance to come home and challenge for the title.” 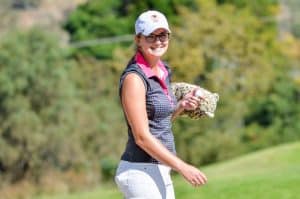 Sarah Bouch, a third year B. Ed (FET & Human Movement Sciences) student at the University of Pretoria, enjoyed a provincial breakthrough in the Free State Championship and her match play record at Ekurhuleni makes her another prime candidate to go all the way to the finish line.

Current SA number one Woo-Ju Son claimed her second wire-to-wire victory in the Nomads SA Girls Championship at the end of June.