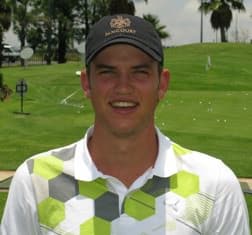 The 72 hole stroke play team competition, in which the best three scores each round count, will be played at the Dreamland Golf and Tennis Resort in Cairo, Egypt from 29 September to 2 October.

“We have selected two young players with potential, one older player who has some international experience and a promising player of colour,” said Enver Hassen, President of the SAGA and team manager. Hassen is also the secretary general of the African Golf Federation who host this championship.

The first of the two young players is the exciting 18 year JG Claassen who plays out of Orkney Golf Club in the North West Province. He is the current South African and Zimbabwe Stroke Play Champion. Over the weekend he finished third in the Barrett Amateur Championship in Canada.

The other is 17 year old Yubin Jung from Wanderers in Central Gauteng. He has shown much promise finishing second in this year’s South African Stroke Play Championship and then going on to win the Northern Amateur Stroke Play.

Jake Redman, at 22 years old, is the senior player in the team. Having had some experience overseas this year, including playing the Barrett Amateur Championship, the Fancourt and Southern Cape player will have an important role to play in the team. 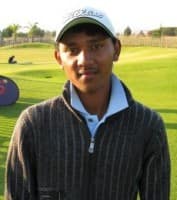 Twenty year old Trevor Mahoney, who plays out of Wellington Golf Club in the Boland, shot to prominence when he lost to Ryan Dreyer, the eventual winner, on the final hole of their semi final match in this year’s Glacier SA Amateur Championship. He later went on to win the Western Province Amateur.

This event is staged biennially. It was last played in 2007 at Rossmund Golf Club, Swakopmund, Namibia. Here the South African team dominated winning with a score of 873, nine over par. They were 28 shots clear of second placed Namibia.

In all twelve countries competed in 2007, a similar number is expected to participate this year.