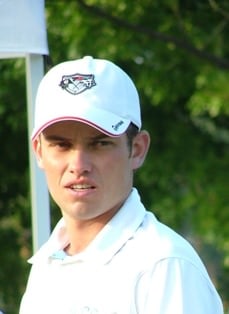 Four of South Africa’s best amateur golfers, along with the team manager Enver Hassen, president of the South African Golf Association (SAGA), set off, over the weekend, in a confident mood, for New Zealand, to play in the international quadrangular team event known as the Southern Cross Cup.

The event is being played at the Wairakei International Golf Course over three days commencing on Thursday. The course is rated as one of best in New Zealand, located approximately three hours north of Auckland on the north island.

Each team plays the other once. In the morning, there are two foursomes matches followed by four singles matches. Each match counts for one point. The team recording the highest number of matches won wins the Southern Cross Cup.

This is the second time the event is being played in New Zealand. In 2001 it was played at the same venue, South Africa finished last.

“We hope to go one better this year,” said an upbeat Enver Hassen, speaking from Johannesburg International Airport prior to the departure of the team. “We have never won this event,” he added.

Team captain, 24 year old Durbanville Golf Club member, who represents Western Province, was equally upbeat. “This is a good team. We are leaving early, we have two days to settle in, which will help a lot. The great thing about this side is the four of us have proved, in various competitions, that we can play match play. In addition Adrian Ford and I, and Dean O’Riley and Steve Ferreira, have all had quite a bit of experience playing foursomes together which is important.”

Dean O’Riley, 19 year old Benoni Lake Golf Club member, who represents Ekurhuleni, is currently the top ranked amateur in South Africa according to the latest SAGA Player Rankings. He has had eight top ten finishes in the last ten tournaments he has entered in South Africa. “Although he withdrew from the Cape Province Open last month due to a knee injury, he has fully recovered and is raring to go,” said van Wyk of O’Riley.

Last year’s competition was played in Argentina and was won by the hosts.

Tomorrow’s first round sees South Africa up against a formidable Australian team.

After the conclusion of this event the New Zealand Amateur Championship will take place at the Titirangi Golf Club in Auckland from 21 to 28 April 2009. The four South Africans have entered.