SA vs Scotland in a Test Match (preview) 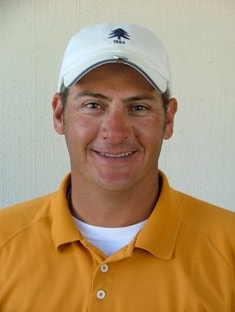 Two nine man teams, made up of South Africa’s and Scotland’s best amateur golfers, are to participate in a test match, the first between the two countries on South African soil since readmission into world sport.

In what is expected to be a keenly contested affair, which commences on Tuesday (17 March), and will be decided over two days of golf, the players will first have to meet the challenge of the majestic Leopard Creek Golf Club, near Malalane in Mpumalanga.

“We consider this a full blown international,” said Enver Hassen, SAGA President and team manager. “We have a strong team which will be led by Ryan Dreyer. We are aware that the SA Junior Golf Foundation team managed to dispose of the Scottish in yesterday’s competition. This does not mean we will have a walkover. Let us not forget that although one or two of the top amateurs from Scotland are not participating, they are still the current world champions, having won the Eisenhower Trophy in 2008, and are the European Team Champions. They have great depth in talent, the Scottish do,” pointed out Hassen.

“We have a mix of players from the Scottish Men’s Elite Squad and our Development Squad, which is made up of juniors,” said Spencer Henderson, the Scottish Golf Union National Junior (under 18) Coach and team manager. “We have a players with experience playing with some exciting young players.” 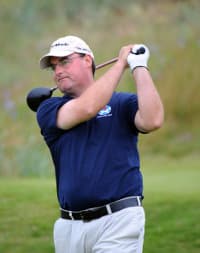 “We are only just coming out of our winter, which this year has been quite severe,” pointed out Henderson. “So I am hoping that our boys will have got rid of some of their winter cobwebs after yesterday’s competition and will be able to give a good account of themselves tomorrow,” said the upbeat Scottish team manager.

On the surface the South Africans must start the more fancied team. With home advantage, and some players having played Leopard Creek Golf Club before, the home of the Dunhill Championship, an annual event co sanctioned by both the Sunshine and European Tours. This will make them hard to beat. 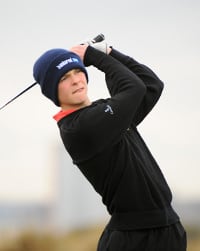 The experience will come from players like Glenn Campbell, who won the Scottish Amateur in 2005, and Scotland’s most consistent performer in 2009 Scottish Golf Union order of merit tournamants, Steven McEwan. Combine this with the exciting talents of Jack Macdonald, 17 years of age and the current Scottish Junior Stroke Play Champion, and Scott Gibson.

“This trip has been made possible by the generous support of Johann Rupert,” explained Spencer Henderson. “We really hope that this is the start of a new friendship between our two golf playing nations. South Africa has such fantastic facilities at this time of the year when we are still struggling with the last of the winter weather,” pointed out Henderson.

“We have had a trophy made which we are referring to as the Leopard Trophy. It will be awarded to the winning team. We also hope that we can enter into a regular, perhaps annual, test match going forward. For top international competition we normally have to travel so far. Therefore having a team like Scotland in South Africa is great for our players who need international match practice,” said Enver Hassen.

A report at the end of the day’s play tomorrow will be sent out as will be the case for the final round.