SA to defend title in Argentina 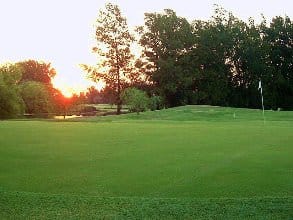 Two competitions are played concurrently, they are an International Team Tournament and an individual competition. In the team event there are two players to a team with both scores in each round counting.

This is the 15th year in which the team events is being played.

“We hope to emulate our performance last year,” said Ryan Dreyer speaking from the venue in a telephonic interview. 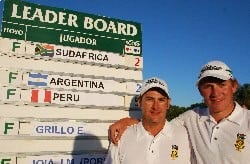 The 2009 South African team was made up of Dreyer and JG Claassen. The pair won the International Team Tournament with a 72 hole aggregate of 567, one under par, three shots clear of the field.

“We played well as a team. JG finished third in the individual competition, so none of us really played exceptional golf, we managed to produce rounds that dove tailed well, something Daniel and I hope to do again this year.”

Sixteen countries have entered teams along with a large contingent of local players who will play in the individual competition.

England and Austraila have won the International Team Tournament four times each, since its inception, and both will start this year’s tournament as the teams to beat. Austrailia have Ryan McCarthy and Nathan Holman playing while England will be represented by Neil Raymond and Andrew Sullivan.

South Africa, along with hosts Argentina and Holland, have won twice. Argentina, represented by Tomas Cocha, who came fifth tie in the individual competition last year, and Jorge Fernandez Voldes will be flying the host nation’s flag.

Dreyer, by his own admission, has not played as much golf leading up to the Tailhade Cup as he would have liked. “I got in some good practice last week and am really enjoying playing golf regularly again,” he said.

His last South African Golf Association ranking event in which he participated in was in May this year. “Since then I have played overseas in June and July and, in September, I enjoyed a pretty successful Inter Provincial Tournament winning seven and half points out of a possible ten. So I have not been exactly idle,” joked Dreyer.

His team mate, winning national colours for the first time, is Wanderers Golf Club member, from Central Gauteng, Daniel Hammond. He started the year well, beating Ryan Dreyer in a playoff to win the Selborne Open, in Kwazulu Natal. He finished second in the North West Open and was a losing semi finalist in the Western Province Match Play.

“Daniel is a good stroke play golfer. This format is very pressurised which I think will suit him,” said Dreyer of his playing partner.

Of the golf course Dreyer said it was firm, as it was last year. However with the recent rains things could change. “The course is in very good condition,” said the thirty eight year old Killarney Country Club golfer.

The first round commences on Thursday at 08h30. South Africa is paired with Argentina and England, in the last two three balls going off in the morning, at 09h50 and 10h00 respectively from the first tee.

Next week the South Africans move on to play in the 115th Argentina Amateur Championship, which commences on Tuesday at the Highland Park Country Club. This course is situated near to where the venue for the Juan Carlos Tailhade Cup. The championship requires all players to play 36 holes stroke play over two days. The leading sixty four, on conclusion of the stroke play, go through to play in the match play stages which will determine the amateur champion for 2010.