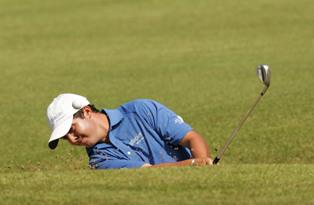 South Africa go into this year’s Zone VI Team competition, which starts on Tuesday, as the clear favourite to lift the title ahead of the eleven other African nations teeing up in the three day event being played at the Gaborone Golf Club in Botswana.

They won last year and have done so for most of the years preceding. With by far the biggest golfing population of the countries participating, South Africa has the team with the greater depth of talent which will make them hard to beat.

There are eight players in each team.

Tomorrow all teams play singles. Each team plays against a player from a different team. “In essence we play against eight countries tomorrow,” pointed out Enver Hassen, the South African Golf Association president and team manager. “Each match counts for one point. In this way we will play at least two matches against each of the eleven other competing nations over three days.”

The South African team consists of Allan Versfeld, the newly crowned Botswana Open champion. Team captain, Jared Harvey who will be looking to lead from the front after his poor first round in the weekend’s Botswana Open. Danie van Tonder, the number two ranked player on the SAGA Player Rankings, did not put on a good display of his current form over the weekend, this will be his opportunity to do so. Riekus Nortje, Thabo Maseko, Tyrone Ryan, Steven van Heerden and CJ du Plessis make up the rest of the team, all capable of strong performances.

There are some stand out players from countries like Zimbabwe, Zambia and Namibia that certainly are more than capable of taking a point or two off the South Africans.

Tomorrow is the first round, where the teams play singles matchplay. On Wednesday there are foursomes and betterball matches, the competition concluding, on Thursday, with singles match play..