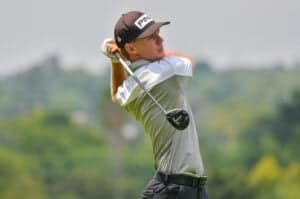 24 March 2022 – Reigning South African Stroke Play champion Jonathan Broomhead has been named to the GolfRSA Protea Team that will take up South Africa’s title defence in the Africa Region 5 Golf Tournament in Angola next month.

The KwaZulu-Natal golfer will line up alongside GolfRSA National Squad players Christiaan Burke from North West, Southern Cape’s Jordan Duminy and Casey Jarvis from Ekurhuleni at the Mangais Golf Course from 25-27 April.

The talented quartet has been tasked to safeguard South Africa’s proud record and hunt down the country’s 24th victory in this prestigious team event.

South Africa has dominated the event since re-admittance in 1995 with just two losses when Kenya won in Botswana in 2010 and Uganda beat South Africa at home in 2016. South African teams won all the events outright, except in 1998, when they beat Swaziland in a count-out of holes up. 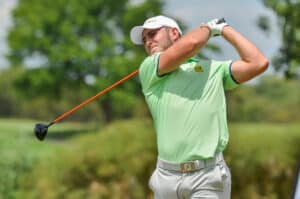 Christiaan Burke has been named to the GolfRSA Protea team tasked with defending SA’s title in the Africa Region 5 in Angola; credit GolfRSA

“All four players enjoyed a strong run during GolfRSA South African Swing in February and in the subsequent provincial tournaments and we believe this team is up to the task of keeping South Africa’s winning record alive,” said GolfRSA CEO Grant Hepburn.

The Africa Region 5 Golf Tournament, formerly known as the Zone VI Golf Tournament, adopted the new name and new format in 2016. An 18-hole stroke play qualifier on the first day determines the seeding order for the match play stage over the next two days.

“We have noticed how the winning margins are getting smaller each year as the standard in the African premier events continue to improve,” Hepburn said. “The adopted format also raises the competitive nature of this championship because there are no second chances. However, the team will be taking nothing for granted and we have no doubt that they will try to produce their best golf in every round.” 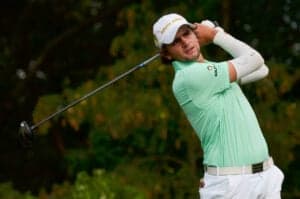 Casey Jarvis has been named to the GolfRSA Protea team tasked with defending SA’s title in the Africa Region 5 in Angola; credit GolfRSA

“Between them, these four players racked up 10 titles in the last 12 months. Casey successfully defended his African Amateur Stroke Play crown at Leopard Creek, while Jonathan lifted the SA Stroke Play title at Randpark.

“Jordan and Christiaan, alongside Casey and Christiaan Maas, were members of the victorious GolfRSA Protea Team that dominated the Team Competition in the African Amateur. Following our three premier events, Jordan won the Cape Province Open and Christiaan vaulted to No 1 in the GolfRSA Open Amateur rankings following his Northern Amateur Open victory and a runner-up finish in the North West Open last week. 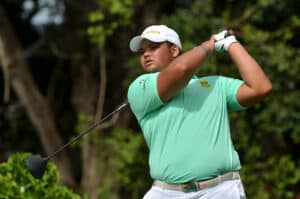 Jordan Duminy has been named to the GolfRSA Protea team tasked with defending SA’s title in the Africa Region 5 in Angola; credit GolfRSA

“Our three GolfRSA National Squad members have spent a lot of time with each other over the last couple of years, and Jonathan has slotted effortlessly into this group. We believe the strong bond between these players will strengthen their resolve to keep the country’s winning record alive.”

“Heinrich Lourens, Southern Cape Golf Union General Manager, will manage the team and his experience at managing teams in various Inter-Provincial Championships in the last few years will be another big asset for the team.”