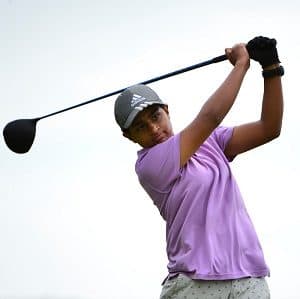 The South African quartet will challenge the Scottish Golf’s Women’s Squad members an unofficial one-day Test that will serve as a curtain-raiser for the Border Championship.

The eight players will also line up in the provincial event, which takes centre-stage over the weekend in Buffalo City.

“We are delighted to welcome Scottish Golf to South Africa and really pleased that they agreed to an informal Test ahead of the Border Championship,” said Greasley.

“The Scottish Golf Mens and Boys Squad players have been coming out to South Africa for a number of years as part of the Winter Training Programme. The Women’s Squad coach David Patrick contacted us earlier this year, saying he wanted to bring his players to South Africa to compete in some of our tournaments and in some Sunshine Ladies Tour events.

“We jumped at the chance to offer our top ranked players the chance to compete against strong international competition on home soil. It’s a fantastic opportunity for them to gain valuable experience early in the season.”

The format will be single match play with the number of holes “up” at the 18th hole to determine the winning team.

South Africa’s foursome will carry some good form into the test, and the championship.

Gauteng North’s Du Toit, who lifted the All India Ladies Amateur Championship title in December, closed out a top 10 finish in the Canon Ladies Tshwane Open and tied for fifth in the Eastern Province Championship.

Macnab, the reigning Ekurhuleni Women’s Open champion, had two good showings on the Sunshine Ladies Tour, with a joint 23rd finish at Pretoria Country Club and 18th in the Joburg Ladies Open.

Their Scottish opponents may be coming out of winter, but can definitely not be discounted.

Stirling University student Batty made her debut for Scotland at the Home Internationals and represented GB&I at the World University Games in Chinese Taipei alongside 20-year-old Goadby, who tied for fourth in the St Rule Trophy and topped the qualifiers at the Scottish Womens Amateur Championship.

“The players will be thoroughly tested at East London Golf Club, especially if the wind shows its teeth on Friday at this great layout,” said Greasley. “We look forward to a great contest and wish both teams good golf and great shot-making.”

After the Border Championships, Myeki and Du Toit will join the Scottish Golf Women’s Squad players in the South African Women’s Masters at San Lameer Country Club from 22-24 February. The Scots will also tee it up in the SuperSport Ladies Challenge, presented by Sun International, at the Wild Coast Sun Country Club the following week.