SA players at colleges in the USA continue to shine 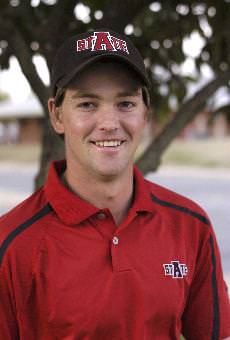 Lloyd du Preez (Centurion, South Africa), a junior on the Arkansas State men’s golf team, was named the Sun Belt Conference Co-Golfer of the Month on Wednesday for his performance during March that included three top-15 finishes and a nine-round stroke average of 71.8.

du Preez, who was also named the Sun Belt Conference Golfer of the Month earlier this season on Oct. 6, shared this month’s honor with Denver’s Espen Kofstad.

The junior standout has collected eight top-25 finishes and four top-five finishes for the entire season, and he currently has the third lowest average in the Sun Belt Conference for the year at 72.12. du Preez is currently ranked No. 139 in the nation by GolfStat.com, the fourth highest in the league behind only No. 28 Kofstad, No. 90 Ken Looper of New Orleans and No. 117 Philipp Fendt of Louisiana-Lafayette.

He helped lead the Red Wolves to second place among 17 teams at the Jackrabbit Invitational for the Red Wolves best finish during the month of March. ASU has now collected three top-five finishes the season.