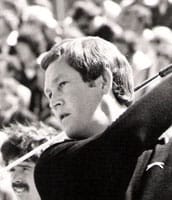 December 2020 – “I was absolutely seething that they wouldn’t give me a free drop and Brian Henning told me the best way to show them, was to go out there and win it. And so I did.” – Dale Hayes, 1976 winner at Houghton Golf Club.

In 1953, Dale Hayes watched his father Otway lose the SA Open to amateur Jimmy Boyd, and in 1965, he watched Gary Player beat his brother John for the SA Open title. Little did he know then that he would would be the one to claim the title for the Hayes family in a playoff in 1976.

“I was 24 at the time, just hitting the peak of my career. Gary Player was there, Tony Jacklin – all the best golfers were playing and I didn’t think much of my chances.

“It was an interesting Open because they had let the rough at Houghton grow to ridiculous heights. It was a metre high in places. I remember Bobby Cole, on the 18th hole, got caught in the rough off the tee and it took him three shots to get to the green.

“I was going through a phase where I was hitting a one-iron very well, so I stuck to that off the tee on a lot of the holes. That was a huge advantage and I ended up tying with John Fourie.

“In those days, the tournament finished on a Saturday and you couldn’t play on a Sunday, so we had to come back on the Monday for the playoff. We arrived and there were just thousands of people lining the first fairway. It was an 18-hole playoff back then and I just killed John with that one-iron. I beat him by three shots with a 69.” 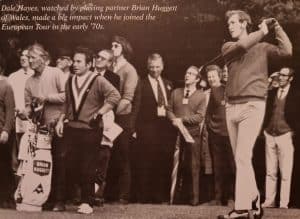 Hayes says the turning point for him came as early as the 10th hole in the first round.

“I hit my approach through the bunker and ran into a little ditch. It was a narrow trench they had dug for the water to run out. It was clearly unplayable but they wouldn’t give me a free drop. I said that I wanted a second opinion so they told me to play two balls. So I hit two balls, but when I came off the course they told me I wasn’t allowed a free drop. I was so angry. I made a five with the one and a four with the other, so it was just a one shot difference. I was absolutely seething that they wouldn’t give me a free drop and Brian Henning told me the best way to show them was to go out there and win it. And so I did.”

Hayes has many fond memories of the SA Open and most of them involve South Africa’s Grand Slam champion, Gary Player.

“One of his best victories came at Houghton in 1966. Ian Moseley had a big lead going up the 18th and he missed the green to the left. He had a very tough chip over the bunker. He needed to make a four to win, a five to tie Gary. He hit the most unbelievable chip under all that pressure to about a metre away. He missed the putt and left himself about a foot and missed that putt as well. So he ended up three-putting the last hole from nowhere to lose by one to Gary Player.

“Another one was in 1981 when Gary tied with Warren Humphreys and John Bland at Royal Johannesburg and they had one of the most exciting playoffs. I remember that I shot a course record 63 at Royal Johannesburg and I had just walked into the press room when someone came running in and said Gary had just broken my record. Shortest record I ever held.

“Another interesting one was when Simon Hobday had that incident at the 14th hole at Mowbray. He thought he was going to be penalised because he hit a shot out of a plugged lie and he let the club go. The club hit him on his back, but he thought it was the ball. The scorers put up the score as a penalty, but Tertius Claassen, his playing partner, said the ball didn’t touch him. Gary Player took a five on the last hole, took three from the edge of the green, and when Simon came in he beat him by a shot to win. It took Gary years to get over that loss.” 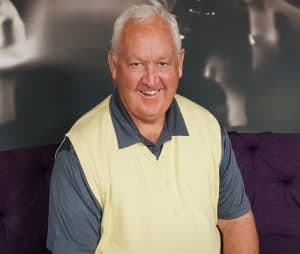 “We regard the South African Open Championship as our world title and rightly so, and that’s why South Africans have always guarded the title very fiercely. Wherever you come from in the world, any golfer wants to win his Open. It was the highlight of my career.

“It was much more important that winning the French, the Spanish, the Swiss or Italian Open. I won a whole bunch of Opens abroad, but the South African Open was head and shoulders my most important victory. And also, it was always nice when Gary played and you beat him. He usually played in the SA Open, so that obviously was the cream on top, because he was the country’s top golfer. If you beat him, it was like a huge bonus.”