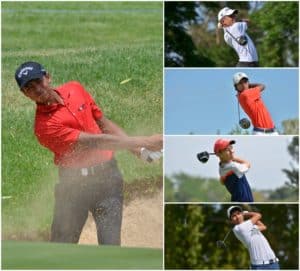 17 July 2019 – Yurav Premlall is savouring his third consecutive start in the Reply Italian International Under-16 Championship and hopes third times’ the charm as he goes in pursuit of the Theodore Soldati Trophy from 3-5 September.

“We all felt a little hard done by last year when the final round was washed out by torrential rain,” said Premlall. “It was probably the worst for Sam (Simpson), who had a real chance to catch the leader, but then had to settle for second place.

“I started well but had a terrible second round, and then rallied with a 73 in the third round. I climbed six places, so I was primed for a strong finish to break into the top 10. It wasn’t meant to be, so I am really grateful that GolfRSA has given me another shot.”

Premlall is coming off a great run in Ireland during the GolfRSA National Squad Tour to Ireland.

The BSI Golf Academy member tied for 10th in the East of Ireland Open Amateur at County Louth and made the match play stage of The Amateur Championship at Portmarnock. 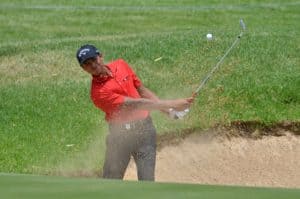 More recently, Premlall tied for fifth in the Nomads SA Boys Under-17 Championship and sealed a top 10 finish in the Limpopo Championship with a final round 69 at Koro Creek.

Premlall hopes to follow in the footsteps of 2017 champion Martin Vorster in the 13th edition of the event, but he knows the Le Betulle layout – designed by English architect John Morrison and lined with silver birches, chestnut trees and century-old oaks – requires much more than booming drives.

“It’s definitely one of the toughest Parklands courses I’ve ever played,” said Premlall.

“You really have to think your way around this course and positioning is key to going low. One bad shot can cost you a good round, like I learned the hard way with a quadruple bogey in my second round last year.

“Given the strength of the field, you have to be on your A-game to win, but I’ll give it my best shot. I was very lucky in that I played my first two years in Italy with guys like Martin, who showed me the ropes and I look forward to guiding the new guys. This is a fantastic tournament and I know the newcomers are also going to love it. It’s well organised and we get to compete against top juniors from all over the world at an amazing golf course. The standard of golf is really high and playing this event has definitely helped my game.”

Premlall said the juniors are also keen to win the Nation’s Cup.

“The Nation’s Cup is a 36-hole team event played over the first two rounds of the 72-hole Individual Competition,” he explained. “Each country nominates three players for their team and the best two scores in each round counts for the team total. South Africa finished third in 2016, third in 2017 and second last year, so it’s time to bring that trophy home.” 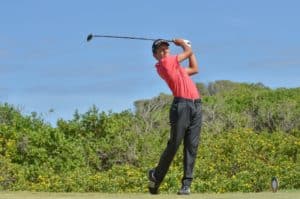 In-form Maas (15) ranks one spot below third-placed Premlall in the GolfRSA Under-17 Rankings.

He followed a wire-to-wire victory in the Dimension Data Junior Open at Fancourt in June, he placed second and fifth at St Francis Links in the Nomads National Order of Merit Coastal and Nomads SA Boys Under-17 Championship respectively and lost out on a first Open Amateur win when Vorster beat him in a 7-hole play-off for the Limpopo Championship title.

South African Golf Association vice-president Martin Saaiman, who will accompany the team to Italy alongside GolfRSA National Squad chaperone Theo Bezuidenhout, believes the selected juniors are up to the task at hand.

“The 144-strong playing field will feature top representation from around 20 countries, including 60 of Italy’s top rising talents. Our boys are incredibly keen to make the most of the chance to represent South Africa on the international stage and I believe they will do us proud,” said Saaiman.

“We very excited to see how they perform in such a strong field at a top rated European golf course, but most importantly, this event represents an incredible opportunity for them to showcase their talent and to gain valuable international experience.”

NOTE – Live scoring will activate on 3 September on https://golfclubbiella.com/under16-2019/