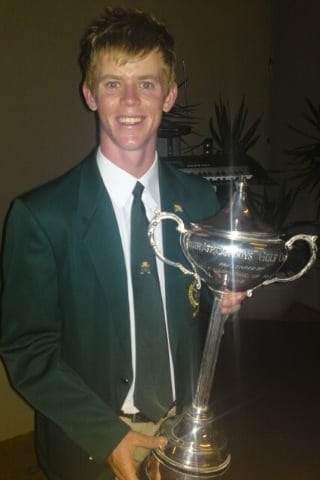 The South African Junior Golf team started the day and remained in 6th place as the team recorded a second round total of 214 (1 over). Scores of 68 (3 under), 72 (1 over) and 74 (3 over) from Stone, Bruyns and Jerling respectively, counted towards the team score for the day. Porteous continuing to struggle with his game signing for a 76 (5 over) to go with his first round 74 (3 over).

The USA maintained the lead after a day’s score of 209 (4 under) but were joined by Japan who recorded a second round total of 205 (8 under) helped immensely by a 63 (8 under) from Genzo Tokimatsu, the low score of the tournament so far.

Brandon Stone moved up the individual leaderboard to join Drikus Bruyns in 8th place. They are both 5 shots behind Tokimatsu (JPN), Janewattananond (Tha) and Wyatt (USA) who are on a score of 8 under.