The 2010 SA Girls’ Rose Bowl gets underway tomorrow at the magnificent Kloof Country Club in KwaZulu Natal. Women’s Golf South Africa has taken over the running of this 54-hole junior tournament from the SAJGF and attracted a record entry of 80 players.

The event has been extended to include girls of handicaps up to 33 and includes the best 12 players in the SAGDB whose expenses, including accommodation, entry fees and meals are being covered by Women’s Golf. Thirty three players are being accommodated in St Mary’s School hostel and supervised by Girls Love Golf Executive Ria Bestbier and KZN’s Dot Leyland.

All the top SA juniors will be playing, including Connie Chen (+3), Namibian Bonita Bredenhann (0), Anel Herselman, Bertine Strauss and Lara Weinstein, all 1 handicaps. The nine and under championship division boasts 36 competitors and a further 26 players are handicapped between 10 and 18.

The players will find that Kloof is a ‘thinking man’s course’ – where a wayward shot on this well-treed hilly layout may well result in a lost or unplayable ball. Course management is of prime importance and the players will be tested to the limit.

The girls play rounds one and two tomorrow, Monday, and the final round will be on Tuesday morning, enabling all players to be home on Tuesday evening. 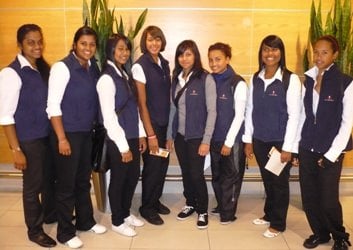