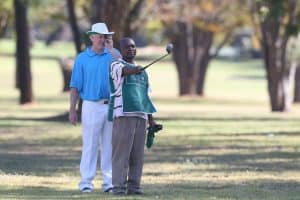 8 December 2020 – After all the excitement at Sun City this past weekend with Christiaan Bezuidenhout celebrating another victory for South Africa in the SA Open, local blind golfers are hoping to follow suit in the South African Blind Open Championship, which teed off at Glendower Golf Club today.

Last year Slattery captained the Rest of the World Team to victory in the 2019 Vision Cup and tied for second in Japan Open.

Conradie, who suffers from macular degeneration, was a handy all-rounder and a member of the triumphant Protea side who won the World Cup in New Delhi in 1998.

He switched to golf when his cricket career ran its course and in 2014, had his breakthrough in the 2014 national Open at Milnerton Golf Club.

“Golf is the only sport in the world where a blind or visually impaired person can compete against an able-bodied person and walk away with the glory,” said the 46-year-old Conradie. 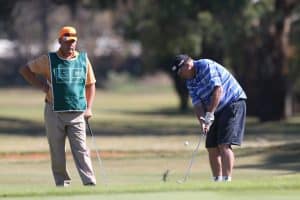 Between them, Conradie and Slattery share a haul of trophies and the duo has done South Africa proud on the international stage, with top five finishes across the world.

Due to the world-wide Covid-19 pandemic and lockdowns in various countries, many events had to be played virtually. “”We don’t have the big field we are expecting pre-lockdown, but we are nevertheless excited and grateful to be teeing it up at Glendower,” Conradie said.

Visually impaired golfers are classified into one of three sight categories for competitive play.

The first category B1 is for golfers who are completely blind while B2 and B3 are for golfers who have less than five per cent and less than 10 per cent visual acuity and prizes are awarded for Best Gross: B2, B3 and Women and first, second and third in the Overall Net (all players combined) category.

Widely considered as the pinnacle of the international blind golf circuit, the biennial showpiece was played in Italy two years ago and is decided over 36 holes of medal play (gross and net).

Kotze, Strydom and Els will also be in action at the at magnificent parklands layout in Dowerglen.

Glendower has staged the South African Open Championship eight times and is guaranteed to present this year’s title contenders a stiff challenge. 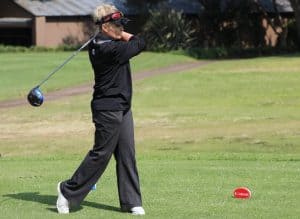 Charlene Pienaar from Boksburg, the only woman in the field, will start her campaign with the advantage of having competed in the Ekurhuleni Women’s Open in October. The visually impaired Boksburg golfer not only won the Disabled Golfer division, but also impressed with a joint second finish in the Open C-Division.

Conradie and Pienaar competed in the virtual Canadian Open, which drew hundreds of entries from all over the globe. Conradie was the Net Overall runner-up and Pienaar was second in the Ladies Low Gross category.

Other good news for the South African Blind Golf Association is that the ISPS Handa World Blind Golf Championship and the SA Blind Golf Open has been rescheduled and will take place from 2 to 9 October at Milnerton Golf Club next year.

“Both events were scheduled to happen this year, but had to be postponed due to the nationwide lockdown,” said Conradie. “We are incredibly excited to host the world’s top visually impaired golfers in this incredible event and to have the opportunity to showcase South Africa as a prime golfing destination to the rest of the world.”

The team that will represent South Africa is Conradie, Slattery, Pienaar, Els, Johan Kotze and Jonty Kotze and Leon Strydom.

Written and released on behalf of the SA Blind Golf Association.