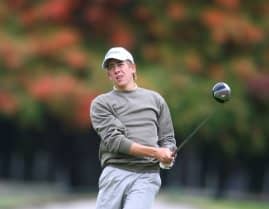 The South African amateur golf team beat Argentina, the defending champions, 4 and 2, in the final round of the 2009 Southern Cross Cup, to finish second for the fourth consecutive time.

In the other match of the day, hosts New Zealand, surprisingly thumped their neighbours Australia 4½ points to 1½.

“We are the only country, of the four participating, that has never won this event,” pointed out Enver Hassen, South African Golf Association President and Team Manager. “We came very close this year. The four nations are so closely matched these days.”

The two South African foursome pairings of Nicol van Wyk / Adrian Ford and Dean O’Riley / Steve Ferreira won both their matches this morning 1 up and 4 and 3 respectively. 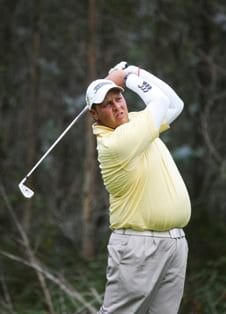 Van Wyk and Ford, both from Western Province and Durbanville Golf Club, held on gamely for most of their foursomes match, only drawing level with their opponents, Tomas Cocha and Jorge Fernandez, of Argentina, for the first time, after winning the 15th hole. They won the 17th, with a regulation four to go 1 up. The South African emerged victorious when the final hole was halved.

“With two points in the bag, the South African team went into the afternoon singles in a confident mood,” said Hassen, speaking from the venue in New Zealand after the match.

Nicol van Wyk, the 24 year old team captain, struggled from the get go in his singles match against Leandro Marelli. His opponent won the first hole and never looked back. From the 9th hole the Argentinian recorded three birdies in five consecutive holes, van Wyk could not respond going down 7 and 5.

Steven Ferreira, 19 year old from Reading Country Club, Central Gauteng, showed remarkable tenacity in halving his match against Ary Rodriguez. He was 7 down after nine holes, he went on to win seven of the last nine holes, one of which was the final hole. He played the last nine in four under par while his opponent went off the boil, coming home in three over par.

The 22 year old Adrian Ford was again in good form. He never let his opponent Jorge Fernandez Valdez into the game winning 5 and 3.

Dean O’Riley, the 19 year old Benoni Lake Golf Club member from Ekurhuleni, for the third consecutive day, had to fight hard for his ½ point again going all the way to the 18th hole. Tomas Cocha worked his way to 3 up after 11 holes. O’Riley eroded his lead over the next five holes going all square after two consecutive birdies on holes 15 and 16. This is how it remained to the end, O’Riley matching his opponents birdie on the final hole for good measure.

South Africa ended up winning the match 4 points to 2. This moved them up to 2nd place on the points table, thanks to the extra ½ point South Africa had on the host nation.

Australia, considered outright favourites to beat New Zealand today, struggled. They did not win one singles match, of the four, they lost three and halved one. Thanks to the good work they did on the first two days proved sufficient to win the Southern Cross Cup for the fourth time in the event’s short history.

The four South Africans now move onto Auckland where they will be participating in the New Zealand Amateur Championship which starts on Tuesday 21 April. This takes place at Titirangi Golf Club.