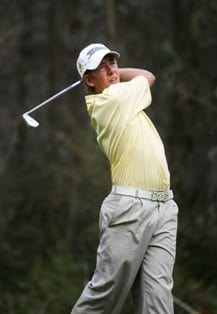 The win that South African amateur golf team needed, against host nation New Zealand, in the second and penultimate round of the Southern Cross Cup, did not materialize, instead ending all square with both teams getting 3 points a piece.

Australia, on the other hand, annihilated Argentina by 5 points to 1 effectively putting the 2009 Southern Cross Cup out of reach of the other three participating nations.

The biennial quadrangular team event is being played at Wairakei International Golf Course near Taupo on the north island of New Zealand.

Like yesterday, the South Africans fought all the way however one difference was that in three of the singles matches, which went all the way to the final hole, they did not manage to convert one into a win. As it turned out New Zealand won one and the other two ending all square.

“We must win our match against Argentina tomorrow,” pointed out team manager and South African Golf Association President Enver Hassen after today’s round. “We are playing for second place now.”

The morning foursomes ended with one point to each nation.

South African pairing of Steve Ferreira and Dean O’Riley won their match 3 and 2 against twins Thomas and Peter Spearman Burn of New Zealand.

In the other match the Nicol van Wyk and Adrian Ford were uncharacteristically out of sorts highlighted by the fact that they recorded their first birdie on the 11th hole. Fortunately for them their opponents, New Zealanders Ryan Fox and Daniel Pearce, did not capitalise on their poor form. The match ended on 17th hole after two consecutive birdies by the New Zealanders in so doing winning the match, 2 and 1.

Nicol van Wyk took on New Zealander Thomas Spearman Burn in the first match out. He started well getting to 2 up by the 6th hole. However van Wyk’s opponent fought back to all square by the 8th after which there was never much in it. Playing the final hole the two players were all square. Van Wyk’s approach, to the par 5, found a greenside bunker. He hit a poor bunker shot after which he could only manage a par. His opponent on the other hand hit is second well short of the green, pitched to within 4 metres of the flag and nailed his birdie putt to win the hole and the match. 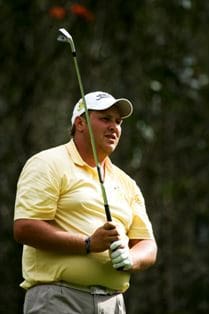 Showing a welcomed return to form, Steve Ferreira fought hard for his half against Daniel Pearce. The New Zealander was always up on Ferreira from the 1st hole. Pearce did get it to 3 up, however Ferreira never let him get away. Playing the final hole Pearce was 1 up. The unfortunate New Zealander went on to four putt for a bogey, opening the door for Ferreira, whose regulation 5 won him the 18th hole.

Adrian Ford was in scintillating form. He turned in 31, five under par, recorded one more birdie finishing off his New Zealand opponent, Peter Spearman Burn, 4 and 3.

The result of the battle between two rugby loving nations depended on the outcome of the final match between South Africa’s No 1 amateur golfer, Dean O’Riley, and New Zealander Ryan Fox.

O’Riley turned two up. Fox, the son of legendary New Zealand flyhalf, Grant Fox, fought back to go 1 up after the 14th hole. O’Riley rallied to win hole 16 and 17. Playing the final hole, one up, the South African opened the door for his opponent when his 3 metre birdie putt did not drop. Fox sank his to win the hole and halve the match. 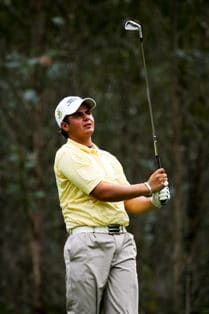 It was a disappointing result for South Africa who without a win cannot beat Australia, irrespective of how well they do in their final match against Argentina tomorrow. New Zealand play Australia, the host nation will have to raise their game somewhat if they are to have any chance of beating the in form log leaders.