Russell leads in a windswept first round 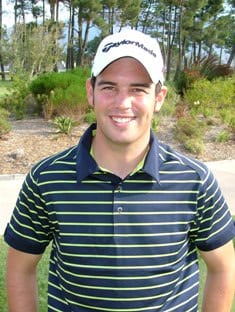 Aaron Russell played in the worst of this afternoon’s south easter to emerge with a 70, two under par, and a one stroke lead after the first round of the 72 hole South African Amateur Stroke Play Championship, being played at the Pearl Valley Golf Estates outside Paarl in the Boland.

“I hit the ball well and kept my cool,” said the 23 year old Western Province provincial golfer of the main reasons for his fine performance in difficult conditions.

This morning’s round leader in the clubhouse, 17 year old Yubin Jung, recorded a 71, one under par. He was joined, also one shot off the lead, by another Western Province golfer, 23 year Le Riche Ehlers.

Two exciting young prospects in 17 year old JG Claassen and 19 year old Derik Ferreira were a further shot adrift. The former plays his golf at Orkney Golf Club in the North West Province while the latter, who is ranked 2nd on the South African Golf Association’s Player Rankings, plays his golf out of Centurion Country Club, Gauteng North.

An elated Russell was circumspect about his performance. “Although Western Province players play a lot in the wind one still has to grind out a score for each round,” he said.

In September Russell, along with two of his Western Province team mates, was the most valuable player, on performance, at the South African Inter Provincial, played at Hermanus Golf Club. He will want to build on that by putting on a good showing at Pearl Valley this week. 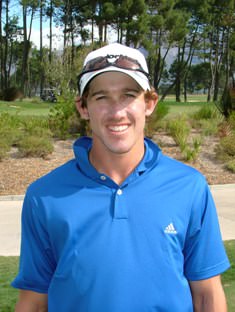 Two players were a further shot adrift, on 73, one over par. They are Michael Palmer, of Bryanston Country Club in Central Gauteng, and Robbie Oosthuizen, of Strand Golf Club in Somerset West (Western Province).

Other players who were considered ‘players to watch’ were runner up in this championship last year Leon Knoll (74), Jake Redman (74) and Nicol van Wyk (77). None of these players are out the running if the forecasted wind for tomorrow should prevail.

The second round will be played tomorrow. On conclusion of this round there will be a cut to 65 place and ties. All players making the cut will contest the final two rounds being played on Thursday and Friday respectively.