Heather Stewart reports “The Cape Doctor threw everything at the players in extremely testing conditions with the wind gusting at 50 to 60 km the whole day. 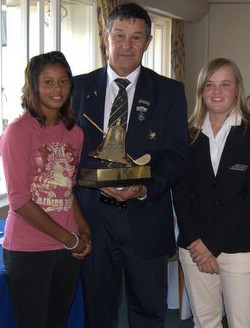 “Rushda won the Nomads Open Championship and the nett Prentice Cup in the nine and under Division. In the 10 -18 Division Bilqees Adhikarie (Mowbray) won the 36 Gross Event and the Kleyn Cup for the Best Nett 36 Holes. She signed for 187 (89, 98).

“Zayb Kippie won the Under 16 Open Championship. The 19 -26 Handicap Division was won by Molebo Mosia on an excellent Stableford score of 42 points. She played some unbelievable golf while conditions deteriorated as the afternoon wore on. 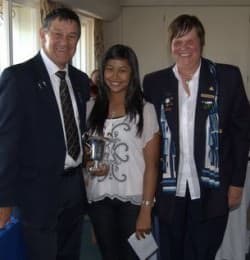