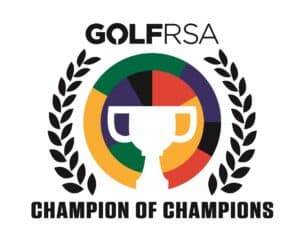 Searching for the Ultimate Club Champions

5 August – GolfRSA welcomes the return of its Club Champion of Champions event, giving players from all divisions from across the country the chance to become the ultimate club champion of South Africa.

With most clubs having already completed their club championships, regional finals are underway and three sets of players have already secured their spots in the National Final, to be played at Kyalami Country Club from 7–9 November.

“We took the difficult decision to cancel the 2020 Club Champion of Champions event,” explained GolfRSA CEO Grant Hepburn. “Thankfully we have been able to resume the competition in 2021 and we are delighted to again see such a strong response.

“The event has grown to become a firm favourite amongst our club golfers, as it gives golfers of all abilities the chance to reach a National Final and become a national champion.” 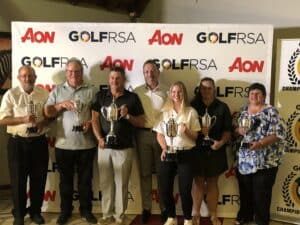 With just three months to go until the National Final, all eyes are on the Regional events currently taking place. Western Province, Gauteng North and North West have already completed their regional tournaments, which means that the first 18 finalists have been decided.

They will form part of the field that battles for the right to be called the ultimate club champion of champions. To do so, they will have to be at their best on one of the country’s finest golf courses. Kyalami is currently ranked 23rd in the country – fifth in Gauteng – and is a true shot-maker’s layout.

Keep an eye out on the GolfRSA website for updates and progress reports as the search for South Africa’s ultimate club champion narrows and the latest national finalists are announced.