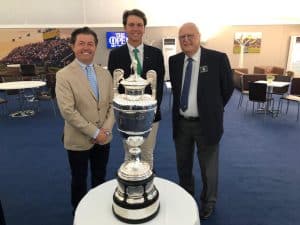 18 July 2018 – While his main aim will be to savour the experience, amateur Jovan Rebula fancies the chances of the South Africans at The Open starting at Carnoustie Golf Links on Thursday.

The 20-year-old booked his ticket to The Open by winning the British Amateur at Royal Aberdeen last month.

“It’s crazy how many South Africans are here. Watching all these guys playing well lately – Zander Lombard who qualified at the Irish Open and then Brandon Stone, who won last week has been mad,” Rebula told Michael Sherman from the African News Agency on Wednesday.

“It’s awesome to be around a lot of the South African guys. The SA standards are moving to the next level. With 12 of us here this week, the odds are pretty good that one is going to be a winner.” 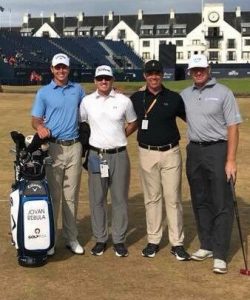 Rebula will also be listening closely to the advice of his famous uncle, four-time Major champion Ernie Els.

“I’ve been mainly speaking to my uncle Ernie, he’s been helping me a lot.

“I played 18 holes with him two days ago and he’s been giving me a couple of tips – how to play the golf course and how to manage your game. He’s been a big helping hand, the rest of the guys just say keep it out the bunkers. But that’s one of my goals as well – try to keep my ball out the sand.”

Whatever happens, Rebula is sure he will remember his first experience at The Open.

“Since we got here on Sunday the whole atmosphere has been surreal. It’s just completely different to what you’re used to as an amateur.

“One of my goals this week is to just enjoy it as much as possible. I want to play well and compete with all these guys, because I know I’m capable.”

Written by Michael Sherman from the African News Agency.