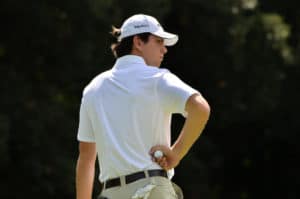 6 November 2019 – South Africa’s number one ranked amateur and former Amateur champion Jovan Rebula took the medallist honours in the Kiawah Classic on the US collegiate circuit while helping the Auburn University to victory in the team competition.

This marked Auburn’s first team title of the season and a second individual crown for GolfRSA National Squad member Rebula.

The 2019 Southeastern Conference Championship winner fired rounds of 64, 66 and 73 to seal a three-shot triumph on 13-under-par at Turtle Point Country Club.

Despite going three-over for the opening 10 holes of his final found, Rebula birdied two of the next three holes to edge clear of Charleston’s Hunter Dunagan.

“I was playing some incredible golf over the first two rounds and sleeping on the lead and I was eight shots ahead going into the final round. I haven’t really been in that position before. I got off to a little bit of a shaky start and was scrambling around most of the first 10 holes. I just found my swing on the 11th hole and that carried on for the rest of the round. It was good enough to get the job done.” 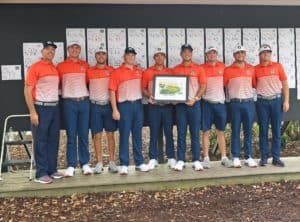 “I am extremely proud of the entire team for closing out the fall season on a strong note,” head coach Nick Clinard said. “Our chemistry and unity were outstanding all week, and this should provide a lot of momentum heading into the spring.”

Copy and team photo courtesy of https://auburntigers.com / Edits by Lali Stander on behalf of GolfRSA.