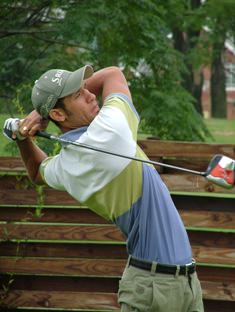 Gone are the early days of amateur golf development when disadvantaged players, who were selected to participate in the South African Golf Association’s (SAGA) Presidents Team, in the annual Challenge Cup Team event, were easy prey for opposing teams.

The SAGA announced the eight man Presidents Team to participate in the annual team event taking place at the Port Elizabeth Golf Club from 26 to 28 May 2009.

“This is a strong side. Last year the President’s Team finished 5th. With the calibre of players in this team I am confident we will do better than in preceding years,” said Neil Champion, team manager.

The team is selected from players representing their provinces in the recently concluded South African Under 23 Inter Provincial Tournament (U23 SA IPT) which was played at King David Golf Club, Cape Town.

Calvin Coelho, 21 year old Royal Durban Golf Club member, finished 3rd tie on the most valuable player rankings of the A Section in the U23 SA IPT. In addition the quietly spoken player got to the last 16 of this year’s Glacier SA Amateur Championship, finished second in the 36 hole Qualifying of the 2008 Glacier SA Amateur Championship and has represented the President’s Team since 2005.

Fellow Kwazulu Natal amateur, 19 year old Mikhail Tewary, shot to prominence when he qualified for the 2008 South African Open Championship with a five under par round of 67, at Bellville Golf Club. Since then he has finished 5th in the Kwazulu Natal Amateur played a San Lameer Country Club in January this year. 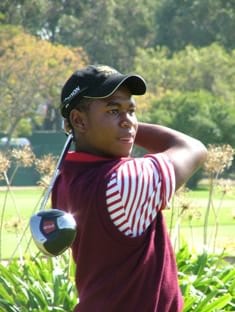 Thabo Maseko, 17 year old Johannesburg Country Club and Central Gauteng player, was one of the stand out players for his team in the SA U23 IPT, which went on to win the A Section from Kwazulu Natal.

Other players who have performed well are Jacquin Hess, 18 year old Kuils River Golf Club member. He was part of the Boland side that won the 2008 SA Under 18 Inter Provincial. He finished tied in 12th place on the most valuable player ranking of the A Section of the SA U23 IPT.

Another player worth mentioning is Makhetha Mazibuko, playing for the Free State & Northern Cape side, in the SA U23 IPT B Section, he finished the tournament in 4th place on the most valuable player ranking. The 21 year old matric student, who is part of the Ernie Els & Fancourt Foundation, plays out of Harrismith Golf Club.

“In the early days all sides participating in the SA U23 IPT were compelled to enter two disadvantaged players in their sides. These players struggled. Today most of these players are being selected on merit,” explained Colin Burger, Senior Vice President of the SAGA. “Through the various development programmes and by involving these players in events like the SA U23 IPT, we have seen the interest in golf growing across different communities. Young players selected for these teams are doing well and becoming role models amongst their peers. This is creating more and more interest in the sport amongst young sportsmen in these communities.” 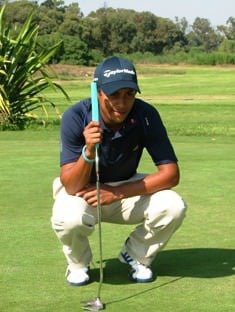 In a walk around King David Golf Club, during the SA U23 IPT, it became clearly evident that golf development, in all its forms, is starting to produce talented young golfers who stand their ground and earn the respect of their fellow competitors. Watching Maseko, Coelho, Hess, Rooi and other players, who have or have not been selected for the President’s Team, it is clearly evident and understandable how these young players are at the forefront of making amateur golf an aspirational sport amongst the youth of this country.

The format of the tournament is four rounds of match play with singles on the first and third days of the tournament and foursomes and better ball on day two. In each round a player from one team will play against a representative of any other team. Each match won scores the team one point with a total of 24 points being available to each team. The team with the most points at the end of the three days play will be declared the winners.