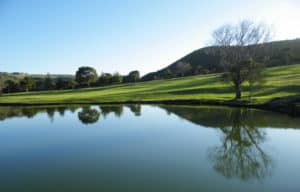 21 October 2019 – The 2019 SA Senior Open returns to the Bitou Municipality and the Plettenberg Bay Country Club from 22 to 25 October 2019. Stalwarts of South African golf and the Sunshine Tour will aim to dethrone two-time consecutive champion Mark McNulty.

The SA Senior Open is the pinnacle for senior professional golfers competing on the Sunshine Senior Tour with a prize fund of R500 000.

The professional tour is for golfers aged 50 and over in Southern Africa and members comprise of a number of champions that have competed on the PGA Tour, European Tour and the Sunshine Tour.

With the aim of winning his third consecutive SA Senior Open, Mark McNulty will return to Plettenberg Bay to take on an incredible field of golfers. McNulty is recorded to have 59 worldwide professional career wins, and has 33 victories on the Sunshine Tour, behind only the legendary Gary Player.

Amongst those chasing his title will be James Kingston and Chris Williams.

Both are currently competing on the European Staysure Tour with Williams currently ranked 18th and Kingston leading the South African charge at sixth on the Staysure Order of Merit 2019. Kingston has finished second and third in the last two SA Senior Opens. He is also a past SA Open winner and a multiple champion on the Asian Tour.

Crossing the South African border to join the field from Zimbabwe include Gary Thompson, Roy Da Costa, Peter Banda and Akhil Yousuf, while Steve van Vuuren, who currently resides in Ireland, will also make the trip down South.

Sunshine Senior Tour COO, Neville Clarke, who will also be competing in the SA Senior Open, said: “We are delighted to have such a strong field taking part this year. The course is in top condition and weather permitting, we will have an incredible tournament. The support from Bitou Municipality has ensured we are able to bring together top golfers, who have an opportunity to extend their careers and who still have much to give back to the game.”

The event tees-off with the Bitou Mayoral Day Pro-Am on day one, and will feature local business people, players from the local municipality and golf clubs taking part alongside Executive Mayor, Councillor Peter Lobese.

Day two will also feature a Pro-Am before the final two days conclude the tournament with only the professionals in action.

Entry is free to the public for the SA Senior Open.

Written and released by Accelerate Sport.