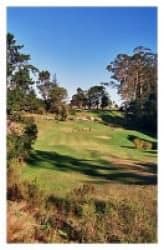 George is often spoken about as one of the best courses in South Africa and coincidentally is fairly similar in style to Augusta, where the Masters also kicks off this week.

The top players will be feeling the pressure this week as they vye for one of four positions in the SA National Team which gets chosen after the event. The players chosen will represent South Africa in France at the end of May to play in the French Amateur Stroke Play before playing a two day Test Match against the French.