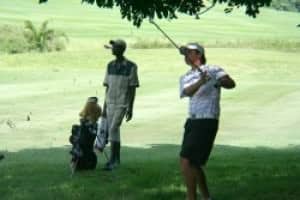 Dean O’Riley won his first Open Amateur Strokeplay title on Sunday at the immaculate Selborne Country Club on the South Coast after threatening to win over the past few months.

O’Riley, a Benoni Lake member, has been in contention over the past few months in some of the biggest Amateur events around the country. He led last week at the Prince’s Grant National Amateur for the first three rounds before his form deserted him in the last round, and he slumped to a respectable 7th place finish. This week at Selborne however, O’Riley got the job done as he won the Kwazulu-Natal Amateur Open on a one over total of 289 and by a three shot margin over Dylan Fritelli and Adrian Ford, another two players with promising futures.

The results of this week has seen a reshuffle at the top of the Amateur Rankings as O’Riley moves into the Top 5 for the first time in 4th place. Adrian Ford has claimed 2nd spot and Dylan Fritelli climbed into 3rd. Ruan Botha has maintained his 1st position at the top of the rankings list but some of younger players are chipping away at the deficit in points which at the beginning of the year was as much as 9 points and is now down to just 2 points.