O’Riley & van Wyk in the hunt after 1st Round 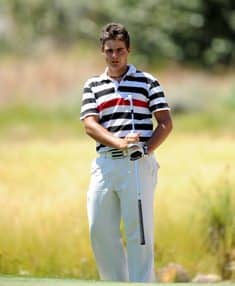 Both Dean O’Riley and Nicol van Wyk recorded first round scores of 71, one over par, to finish near the top of the New Zealand Stroke Play Championship leaderboard at the end of play today.

Leading the 72 hole championship, which is being played at the Titirangi Golf Club, in Auckland, is Peter Spearman Burn of New Zealand. He recorded a four under par 66 to lead by one from Ben Taylor and Mathew Perry, both of whom are also from New Zealand.

O’Riley and van Wyk, who are five shots off the pace, are lying in 14th place along with three other players.

Teeing off early this morning, in cold conditions, made worse by a steady breeze. Not only did the weather play its part in making good scoring difficult but so to did the O’Riley and van Wyk themselves. Both, starting from the 9th hole, dropped shots early in their rounds. “Dean was 4 over par at one point in his round,” said Enver Hassen, the South African Golf Association President and team manager. 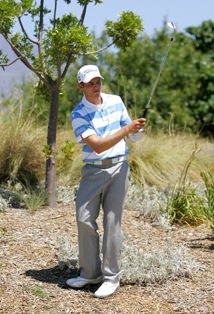 Steve Ferreira, the only other South African participating, according to Hassen, battled through his round finishing with a commendable 75, five over par, putting him in 34th place tied with a host of other golfers.

Tomorrow the second round will be played after which there will be a cut to the 72nd placed player and ties. On current form all four South Africans look set to make the cut. Those making the cut will contest the final two rounds.