O’Riley leads at the halfway stage 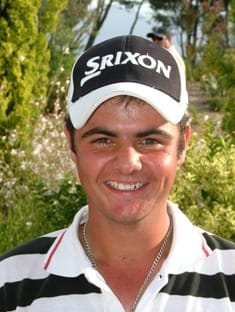 Enjoying the magnificent golfing weather that prevailed over the Jack Nicklaus designed Pearl Valley Golf Estates, near Paarl, the twenty year old O’Riley tore the course apart going out in 30, six under par. “I went to sleep on the back nine,” is how the Ekurhuleni amateur explained the fact that he came home in regulation, giving him a round of 66, six under par, and a 36 hole total of 137, seven under par.

He had six birdies on the front nine and a solitary bogey on the penultimate hole followed immediately by a birdie on hole 18.

Surprise of the day was the performance of sixteen year old Brandon Stone, the son of professional Kevin. The Gardener Ross Golf Estate member recorded a four under 68, four under par, this morning, to finish with a 36 hole total of 138. He was the leader in the clubhouse after the morning round.

Enjoying the perfect conditions and magnificently presented golf course, was Fancourt Foundation’s Riekus Nortje. The likeable player from George, in the Southern Cape, clearly enjoyed his round, a 65, seven under par, the best of the day.

“On two of the last three holes I upped and down for regulation from over one hundred metres out,” he pointed out with a large grin across his face. “I sank some great putts and my wedge worked very well today.” Nortje finished on a 36 hole total of 139, five under par.

With his father Ferdi carrying his bag, Nortje knew that the only way to continue their good relationship was to put in a good showing on the golf course. “My mother will be glad about my round today because she knew if I did not do that there would be sparks,” he laughed after his round.

Shaun Barrett (69) and overnight leader Graham van der Merwe (72) are two behind Nortje, with 36 hole totals of 141, three under par.

Local favourite Aaron Russell, like yesterday, had it going at one time this morning. He started on the 10th hole and by the time he got to his 15th hole (hole 6) he was four under par. “It is the second day now that I have not been able to close off my round,” said a disappointed West Lake Golf Club member, from Cape Town. Russell dropped three shots on the last four holes, which included a double bogey on his 16th hole (hole 7). He finished with a one under 71 and a 36 hole score of 143, one under par, and still in contention in the 72 hole stroke play championship.

JG Claassen (72), defending champion, remained in touch on 146, two over par. His playing partner and pre-tournament favourite Ryan Dreyer (72) is one shot further back tied in twentieth place.